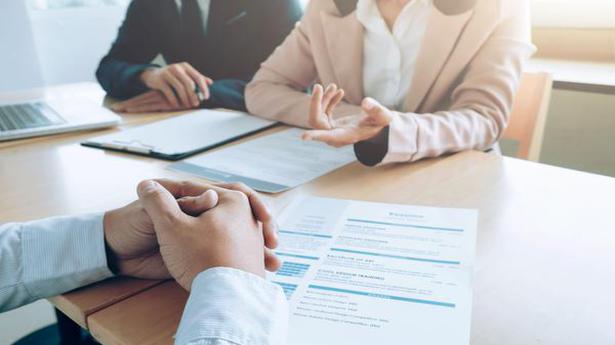 Over 8 lakh vacancies as of March 2020, minister told Rajya Sabha.

Over 8 lakh vacancies as of March 2020, minister told Rajya Sabha.

The Union Government recruited 78,264 staff in central ministries and departments in the 2020-21 financial year. On March 1, 2020, the total number of vacancies in central government offices stood at 8.72 lakh, the Ministry of Personnel of the Rajya Sabha informed on Thursday.

The Minister of State for Personnel, Public Claims and Pensions was answering a question from Sanjay Raut of the Shiv Sena. In a written response, the Minister provided details of the recruitment carried out through three major recruitment agencies – the Staff Selection Commission (SSC), the Union Civil Service Commission (UPSC) and the Central Government Railway Recruitment Boards (RRBs) from the financial years 2018-19 to 2020-21.

In response to another question from Mr. V. Sivadasan on the number of Group A and Group C positions that remain vacant, the Minister said that as of March 1, 2020, there were 21,255 Group A positions and 7,56,146 Group A positions. of Group C which were vacant.

“Details of persons engaged under outsourcing by various ministries/departments as per their requirements are not kept centrally,” the response reads.

He added that “filling vacancies is an ongoing process. The government from time to time issues instructions to all Ministries/Departments to take early and early action to fill vacancies” and the latest instructions were issued on January 21, 2020 and June 3, 2021.

The opposition has accused the BJP-led NDA government in the Center of ignoring the growing unemployment in the country and failing to create enough jobs.