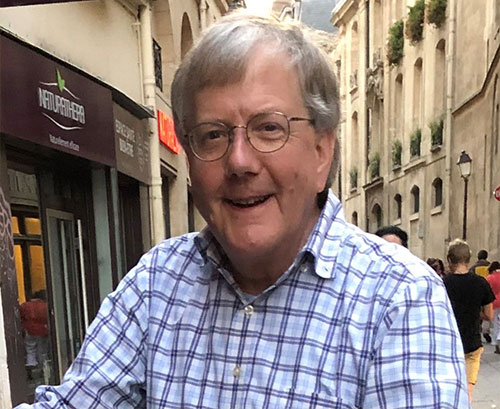 Back to a long reign

The International City/County Management Association estimates that the average city manager stays in a job for three to five years. In over 40 years as a city manager, Amylon has basically had only two jobs.

When Amylon passed away in 2021, current Watertown City Manager Kenneth Mix spoke about him in an article in the Watertown Daily Times.

“Karl was a very smart person” who knew how to get things done, Mix told the Daily Times, noting that he worked with Amylon in the 1990s. He said that among Amylon’s main achievements at Watertown, there was the negotiation of a power purchase agreement between the city and Niagara Mohawk that, decades later, still provides the city with millions of dollars in revenue each year.

But Mix also noted that Amylon was forced out of Watertown due to two controversies involving the Watertown Police Department. First, in 1986 he was criticized for appointing Michael Hennegan of the Niagara Falls Police Department to head the Watertown department in 1986. Several years later, a police department lieutenant was charged with a serious crime and, according to the Daily Times, Amylon has publicly stated that the officer will be found guilty. When this did not happen, the city council forced Amylon’s resignation.

“We lost him, and he went to Alaska, but I think he found a good place, he was in Alaska for 26 years,” Mix told the Watertown newspaper.

Amylon was born in Corning, New York in 1956. After growing up in Corning, he attended Bucknell University, where he earned a degree in political science. He later earned a master’s degree in public administration from Syracuse University.

When he arrived in Ketchikan, it was not without controversy. He took over from a longtime deputy city manager who was one of the candidates for the full-time position and the city council received more than a little heartbreak for not “hiring locals”.

Additionally, in 1999, the City Council decided to add the management of Ketchikan Public Utilities to the City Manager’s portfolio after having had separate managers of utilities and city administration for many years. The idea was to limit what had become numerous skirmishes between the city and utility managers in recent years.

There have been many major projects during Amylon’s two decades as head of government for the town of Ketchikan.

On the city side, there was the $50 million renovation of the medical center, the construction of the new downtown fire hall and the new municipal library in Bear Valley. The century-old building and the Tongass Historical Museum have been renovated. There have also been several renovations to City Hall and improvements to Bayview Cemetery and the City Landfill.

There were also public-private projects, and Amylon promoted the city’s interests in the private company building of Berth 4 and the expansion of the Ketchikan Shipyard.

Perhaps the biggest change to the city was the creation of the downtown port facility with nearly $100 million invested in establishing and improving Berth’s One, Two and Three and the waterfront promenade as well as developments in the highlands to handle a cruise industry that has grown from 200,000 visitors in Amylon’s first year to more than 1.3 million by 2019.

There were also major changes to the KPU when Amylon was in charge.

In total, Amylon has helped lead the city through more than $300 million in new construction projects over its two decades, in addition to implementing combined city and KPU budgets of more than $100. million dollars per year.

Another area Amylon was involved in was transferring the city’s responsibility for operating the Gateway Center for Human Services to the State of Alaska.

Politically, the city responded to the potential loss of sales tax dollars by annexing the Shoreline service area where Walmart would be located.

The Alaska Municipal League presented him with the Vic Fischer Local Government Award in 2021. The Southeast Conference named him 2021 Southeast Alaska Person of the Year and the Ketchikan Chamber of Commerce awarded him the 2021 Lifetime Achievement Award.

When Amylon was first hired, several letters to the editor of the Daily News predicted that he would not stay in the community very long.

He proved them wrong.

Let the sun shine on the city government