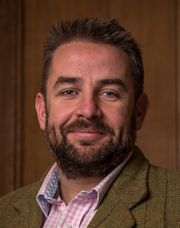 Local councils call on central government to give more funding to Lincolnshire.

Lincolnshire County Council saw its road funding cut by Â£ 12million last year and it is calling for his return.

The authority made up for the loss with its own reservations, but says it will no longer do so.

And it follows the South and East Lincolnshire partnership that includes the South Holland District Council for more funding.

In fiscal year 2019/20 Lincolnshire was allocated maintenance funding of Â£ 51million. That amount has been reduced to just under Â£ 39million for 2021/22.

As the Department for Transport begins to review funding allocations for 2022/23, Lincolnshire County Council is now calling on the government to reinstate the 25% cut.

Councilor Martin Hill, Head of Lincolnshire County Council, said: â€œIt was incredibly disappointing when the government cut funding for our motorways by 25% last February. We are a large, rural county and our residents place a high value on well-maintained roads – something we do our best to provide but struggle to fund.

â€œIn fact, the Treasury’s own figures have consistently shown the East Midlands to be the least funded region per capita for transport in the UK. And if we received the same level of funding as the UK average, we and our neighboring counties would have an additional Â£ 1bn to spend on transport each year.

â€œWe need more equitable funding for residents and drivers of the East Midlands and Lincolnshire. We cannot continue to be ignored.

â€œAlthough we were able to make up for the roads cut this year using funds from our own reserves, we will not be able to allocate this money in the future.

â€œThis is why it is essential that the government restore this Â£ 12million – at the very least. That’s the amount we need just to keep our roads where they are, let alone get them where they should be. “

Councilor Richard Davies added: â€œIf things continue as they are, we could see a huge increase in unscheduled road works, reduced safety due to potholes and other avoidable issues and a high decline in the overall resilience of our road network. Not to mention the loss of local youth interested in getting into the construction or engineering industries thanks to the negativity people rightly have for our roads.

‘On the other hand, an increase above the Â£ 12million that we are asking for would mean less congestion on our roads, less damage to vehicles, a more thriving economy and an improvement in the health and general well-being of people. people.

â€œOur ultimate goal is to get our roads in the best condition possible and keep them that way, but we can’t do that when a lot of our time and budget is spent reacting rather than preventing.

â€œRight now 12% – or 660 miles – of Lincolnshire roads are in bad or very bad condition. However, if the government does not reinstate the Â£ 12million cut earlier this year, those percentages would all increase over the years.

â€œWe just can’t just sit back and wait for this to happen. “

The councils partnership called for a “major investment” in the A16 and A17 despite the Â£ 20million funding allocated to improve junctions in the region in October.

It also calls for “measures to combat traffic congestion, noise and air pollution in order to preserve the region’s natural environment”, investments in public transport and green transport infrastructure as well as improvements in rail connectivity.

â€œSupporting our partners to secure investments in our local transport network is essential to ensure that we can make the most of our strengths – such as our leading role in food production – and to ensure that the south and East Lincolnshire, as well as the county as a whole, are getting the recognition they deserve at national level.