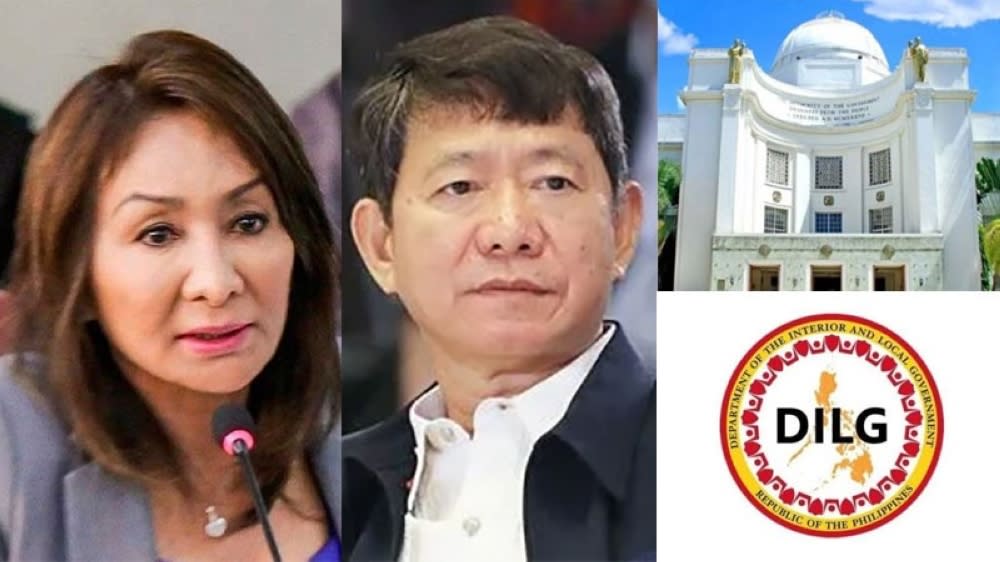 Cebu’s Guv Gwen outperforms the central government on most points of the face mask dispute. But Manila-based bureaucrats are the bosses, who have been making the decisions since day one of the pandemic.

WHAT IS HAPPENING. Since Governor Gwen Garcia issued an executive order (EO 16 of June 8, 2022), which changes the rule on wearing anti-Covid masks, a kind of war of words has broken out between the Cebu official and the chief of interior and local government Eduardo Año.

Governor Gwen wants the mask health protocol to be optional while the Department of Health (DOH) wants it to remain the same i.e. mandatory “at all times” with only three exceptions.

So far, only words have collided and the feud has yet to reach the confrontational stage, a scenario where an arrest of a mask warrant violator is resisted by Capitol and the case goes to court.

The headlines sum up the exchange: “Gov’t. rejects lifting of Cebu’s mask mandate, warns against arrests. “Gwen abides by the optional face mask policy.” “The PNP prepares detention centers for mask violators; DILG is preparing a show cause order against the governor.

The arguments launched by each protagonist against the other indicate that, like most issues debated in public, the question to be resolved is not defined, hence the confusion of the arguers and the watching audience.

WHERE EO AND IATF RULES DIFFER. The governor’s decree requires the wearing of a mask in enclosed and/or air-conditioned spaces. It is optional in well-ventilated and open spaces, although people are “strongly encouraged to continue wearing masks, especially in crowded outdoor spaces”. Those who are “sick” and show symptoms of the Covid-19 virus such as fever, cough and runny nose are still required to wear masks at all times when leaving their homes.

In contrast, the latest rule on masks from the national agency IATF (Inter-agency Task Force for the Management of Emerging Infectious Diseases) in places classified as Alert Level 1 requires the “correct” wearing of “well-fitting masks AT ALL TIMES, whether outside or inside private or public establishments, including public land, air or sea transport.” The only exceptions:

— by eating and drinking;

— participate in team and individual sports in places where ventilation standards can be maintained; and

— engaging in outdoor sports/physical activities where physical distancing can be maintained.

The difference between the EO and the IATF rule is mainly in the scope or scope of the requirement. Guv Gwen changed the general “at any time” rule and made it “optional” when conditions or settings warrant. Both have exceptions, but the OE allows greater latitude to not use masks than the IATF rule.

POINTS FOR GWEN. In the exchanges of arguments between the Capitol and the DILG (Department of Interior and Local Government), the governor took the upper hand mainly in these areas:

[1] Capitol is relaxing the mask rule only under conditions experts have long espoused: in open or closed but well-ventilated, non-air-conditioned spaces. The OE does not remove the mask mandate in crowded places and when the person is sick or shows symptoms of infection. The province didn’t ‘let go’ of the mask as some headlines blared; he simply relaxed the requirement under seemingly safe conditions.

[2] The Covid infection rate has come down, people have already been suffering for more than two years under rigid protocols and longing for respite or relief. The EO also seeks to support efforts to restore normality as the community once again opens up to business, commerce and social interaction.

[3] Full enforcement of the ban has failed and will fail as past police actions have proven. The PNP lacks the strength and equipment to detain large groups of people. This hasn’t been shown more graphically than last election season, when police all but gave up enforcing health protocols. Furthermore, the mass detention of people will only undermine people’s morale even further at a time of economic, health and social distress.

BUT THE CENTRAL GOVERNMENT. REIGN. The central government has always claimed authority over local governments to deal with the pandemic, citing the “compelling need” to have centralized and single decision-making. Manila rules, despite the notorious Local Government Code, which Gwen has repeatedly invoked.

The DILG and DOH are again using this one nation rule argument by rejecting Cebu Province’s EO and asking Governor Gwen to incorporate it into the IATF model.

There may be little real difference between the two protocols. Both are well intentioned, the app can now be lackluster as it was in earlier stages of Covid-19. But local governments have been dominated by central government since day one of the pandemic, from issues such as quarantine category or level of alert to choosing and purchasing vaccines to protocols on mass gatherings and face masks. President Duterte made this clear from the start, “to avoid conflict and division in times of great calamity”. Governor Garcia has more than once attempted to enact a different or modified rule on health guidelines, but has been rebuffed by his assertion of superiority in Manila. And more than once she stopped short of dragging the case to court.

CHANGING CONDITIONS. However, conditions have changed.

The threat of Covid-19 is pretty much reduced but not eliminated. Experts and ordinary people know best how to deal with infection and transmission. For many people, fear turned into weariness and anger.

In addition, the governor’s political influence is much stronger after the May elections, when she became the largest contributor to President-elect Ferdinand Marcos Jr.’s 1.5 million votes in Cebu (compared to 517 000 from Vice President Leni Robredo) and Gwen herself got 1.4 million votes. (compared to rival Ace Durano’s 341,000).

This, as the president crumbles with the new administration preparing to take office on June 30. Governor Gwen may decide to take the controversy to court.

On Tuesday, June 14, the Cebu Provincial Council was expected to approve an ordinance adopting the Governor’s EO 16. It doesn’t look like preparing for another bow and head shave (“moduko ug paawot”).

EXPLAINER: Guv Gwen of Cebu outperforms the central government on most points of the face mask dispute. But Manila-based bureaucrats are the bosses, who have been making the decisions since day one of the pandemic.