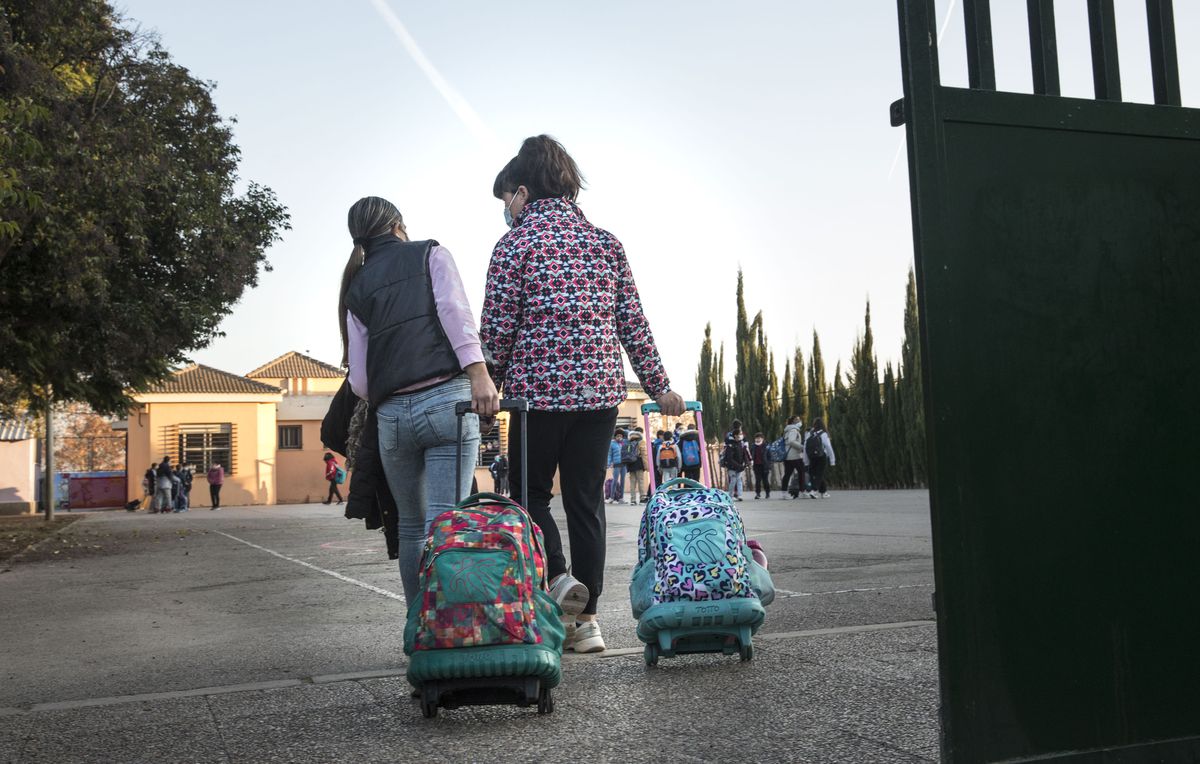 Spain’s central government and regions will decide next week whether to revise health protocols in the country’s schools, which are due to reopen on January 10. Next Tuesday there will be a meeting of the Ministries of Health, Education and Universities, as well as regional heads of education, to analyze the return to class. According to executive sources, there are no plans at this time to delay the return of students to class or change current protocols, which include mandatory masks for those over the age of six. The skyrocketing rise in coronavirus cases, however, means there could still be changes in prevention measures.

The central government believes that, despite the increase in cases recorded in the last weeks of the first academic semester, the overall impact on schools will remain small. Most cases have been seen in elementary schools, where students had not yet been vaccinated. However, the campaign has shifted to this group and yesterday 25% of children aged 5-11 had received their first dose of the vaccine.

“The educational model of face-to-face teaching has been successful and is the Spanish government’s model, because classrooms are safe spaces,” Health Minister Carolina Darias said this week.

So far, only the Madrid region has said it is considering homeschooling for older students. Regional premier Isabel Díaz Ayuso said the decision would be made “a few days in advance”. Catalan health chief Carmen Cabezas said she supported the “normal” opening of schools on January 10, a stance that was also taken by her Balearic Islands counterpart, Patricia Gómez.

The regional prime ministers of Castile and León, Castilla-La Mancha and Extremadura also defended a normal return to school, while Murcia’s health chief, Juan José Pedreño, said that “the ‘epidemiological data evolution’ should be examined before a decision is made. is taken. Galicia, Asturias, Cantabria and La Rioja are all planning a normal return to school without major changes.

The NGO Save the Children has called for school closures due to coronavirus infections to be ruled out altogether or at least “as a last resort”. The Madrid Regional Platform for Public Schools, which brings together the main teachers’ unions and other organizations in the education community, also called for the new term to begin “safely and in person”.

The end of the first semester of the 2021-22 school year ended with major issues in elementary schools. A record number of coronavirus outbreaks were recorded in December: 463. In the last week of school, 5,433 groups had been sent home to self-isolate, or 1.3% of the total.

High schools have fared much better, given that teenagers have mostly been vaccinated, experts say. Under the protocols in place, close contacts of positive cases do not have to self-isolate, meaning fewer classes have had to be confined among these older students. That said, infections rose rapidly in the 12 to 19 age group, with an incidence on Tuesday of 1,250 cases per 100,000 population over 14 days, compared to a national average of 1,360.

Epidemiologists believe that the immunity offered by vaccines against infection begins to decline in adolescents, although protection against serious diseases is maintained. This, combined with the spread of the more contagious omicron strain of the virus, means that the situation for high school students could be more complicated this coming semester.