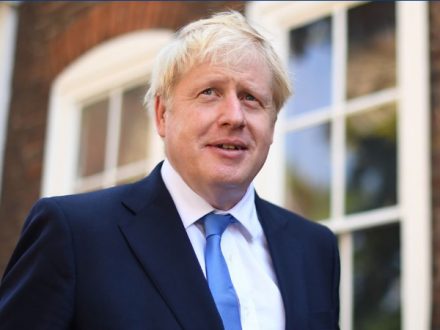 Centralism stinks as much as Johnson’s premiership

Not everyone was shocked by William Wragg’s ‘blackmail’ allegation that Tory MPs were told funding would be withdrawn from projects in their constituencies if they did not support the Prime Minister.

Many Westminster insiders were more surprised that an insider went public with the workings of the whips – also claiming that would-be rebels were told embarrassing stories about them would be published in the press – than that it This is how British democracy works.

And Daily Mirror political correspondent Rachel Wearmouth wrote“There is always an element of sharp practice among whips and spads when the position of the government is in question…but for an MP it is absolutely extraordinary to publish accusations like this.”

AML correspondent Ben Kentish tweeted“Tory MPs told me, at the height of the [Marcus] Rashford row, that government officials threatened to withhold money from schools in their (poor) constituencies if they voted to extend free school meals. These practices are not new, but Will Wragg has brought them to light.

And further the proof was provided by Christian Wakeford, who crossed the Commons floor from Conservative to Labor yesterday. Mr Wakeford said he was told plans to build a school in his constituency of Bury would not be funded unless he backed the government’s refusal to fund free school meals in a vote in the House of Commons.

It’s a dirty way to run a country. It’s not about the relative needs of local people, or the scale of the opportunity offered by the places, or the quality of the proposition, but about intimidation, behind-the-scenes dealings, and self-interest personal policy.

Mr Wragg’s claim that ministers and advisers ‘encouraged the publication of articles in the press, seeking to embarrass those whom they suspected of lacking confidence in the Prime Minister’ is more akin to the tactic of the mafia than to a well-functioning modern democracy.

The suggestion that an MP’s loyalty determines which projects receive funding rather than the quality of proposals undermines the efforts of officers, councilors and other members of local communities, and is a slap in the face to those most deserving of investment.

Under the government of Boris Johnson, decisions on the allocation of funds have become increasingly blurred.

Both the Towns Fund and the Leveling Up Fund have been awarded for political reasons, as many of the places most in need have often been overlooked in favor of those receiving rewards for voting Conservative, or because ‘they were the ministers’ favourites.

In the case of the leveling fund, ministers said they followed criteria that for a long time were not published. However, when the criteria came out late, they bizarrely gave a massive weight to the average car journey time to the nearest place with over 5,000 jobs – a factor whose importance was dismissed by the most economists and conveniently tipped the scales in favor of the city’s little blue wall trophies. It also meant Chancellor Rishi Sunak and then Communities Secretary Robert Jenrick’s respective Richmondshire and Newark seats, both relatively prosperous, succeeded while Salford and Sheffield missed out.

This government’s modus operandi has been funding in small pots. Rather than using complex formulas to decide councils’ overall funding level based on relative need, councils were asked to bid for grants from a wide range of small pots of money. Not only is this inefficient – preparing bids is time consuming and a distraction from racing venues – but it also gives ministers unheralded influence over a large number of decisions involving relatively small sums of money. When you find out that decisions aren’t made with integrity and objectivity, it stinks.

Part of the problem is the purely political mode of operation of the current government and its lack of ethics.

But the other part is the centralized nature of the British political system.

It is of course legitimate for the center to devise funding allocation formulas based on the overall prosperity of different areas and how to redistribute the overall wealth from richer areas to poorer areas (or how to level up , to use current jargon). But why should it be ministers – rather than Bury MBC – who decide if and when a school is built in Christian Wakeford’s constituency? Why should it be a minister rather than, say, a combined mayor and cabinet authority who determines which local communities in an urban region are most in need of revitalization?

Recent weeks have demonstrated the decline in central government standards. Eighty-five percent of respondents to a recent LGC poll (which took place before Partygate’s worst revelations) said central standards were in decline.

the Nolan Principles for Standards in Public Life – altruism, integrity, objectivity, responsibility, openness, honesty and leadership – must once again form the basis of decision-making. But alongside this, we must add subsidiarity, the idea that decisions should generally be taken at the most local level.

It is by making decisions with the clearest vision of a local community that the Nolan Principles can be best upheld. “Local”, well done, offers visibility and clarity. Obscure centralism hides bad practices and self-interest. It’s not just Boris Johnson’s prime ministership that stinks, it’s the global centralized system that does too.