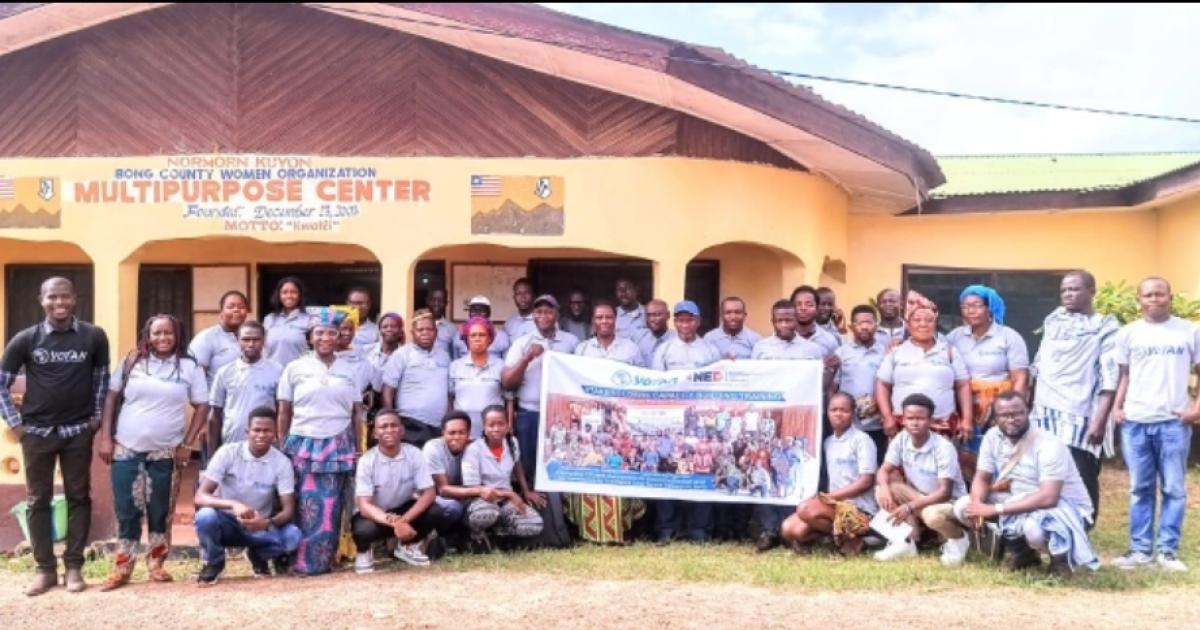 Bong and Lofa county chiefs are calling on the government to implement the Local Government Act, which was enacted in 2018.

The LGA provides for greater participation of people in governance, greater equity in natural resource decision-making, and greater local ownership and responsibility for decisions that impact local communities.

Project planner for Lofa County, Farkpa Kolo Roberts, said that the town’s paramount, clan and general chiefs should be elected in accordance with the LGA, adding that “power should be returned to the people through the decentralization process.

“The superintendents should also work with the ‘County Council’ who will advise the superintendents on project policy and implementation as well as the basic needs of the population through citizen inclusion,” Roberts emphasized.

“The government must fully implement this LGA because the LGA is part of the first pillar of the Pro-Poor Agenda for Prosperity and Development (PAPD), which is “to enhance popular participation in decision-making in governance and giving power to the people,” he added.

District Commissioner for Jorquelleh District in Bong County, Washington Bonah commended YOTAN for the knowledge building training workshop and said that if the 2018 LGA is not fully implemented, tangible developments will not impact local residents.

“From 1847 our developments were heavily concentrated and decided by the central government, leaving the leeward counties undeveloped,” Commissioner Bonah pointed out.

The Chiefs made the statement on May 28, following a three-day capacity building training workshop on the implementation and decentralization of the Local Government Act 2018 organized by the Youth Network in Technology and Arts (YOTAN) in the town of Gbarnga, Bong County.

The three-day training workshop brought together 50 participants from Bong and Lofa counties and ended with questions and answers as well as group discussions.

Bong County Lead Facilitator and Civil Society Activist Jesse Cole informed participants that the policy was adopted and launched by the government on January 5, 2012.

He said the purpose of policy and law under LGA Chapter One is to ensure that government is decentralized so that people can have more opportunities to participate in decision-making and governance. policy-making at the local level, as a means of strengthening democracy and promoting socio-economic development.

“Put your legislators’ feet on fire to ensure that the executive implements the LGA because when the LGA is in full swing some powers will be shared between the counties and the central government,” said encouraged Mr. Cole. attendees.

At the close of the training workshop, the executive director of the Youth in Technology and Arts network, Donnish Mulbah Pewee, said the training was aimed at raising awareness among citizens about the decentralization of local government law and improving the delivery of local services in the country.

Local Service Delivery in Liberia is a two-year project sponsored by the National Endowment for Democracy (NED).

Pewee noted that the Local Government Act is a direct indication of the government’s pro-poor agenda for prosperity and development, which calls for empowering the people. He added that training is essential to promote citizens’ understanding of their roles in the implementation of the LGA.

During this time, participants pledged to take the knowledge gained back home to increase their awareness of LGA and its implementation in their respective communities.