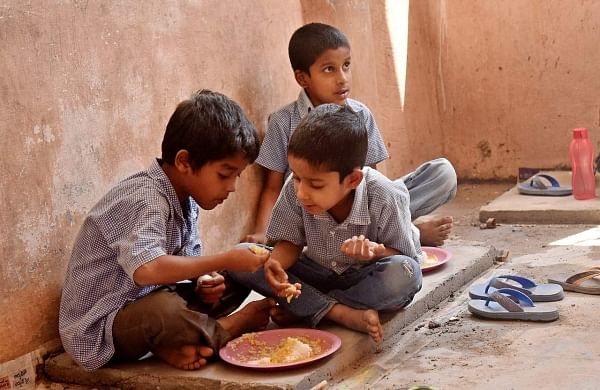 VIRUDHANAGAR: Sifting through postal messages on an uneventful day more than 10 years ago, the district’s National Child Labor Project (NCLP) team came across a letter inland. He claimed that several children were engaged in forced labor in a safety match unit. “They are hidden in a room on the terrace of the unit, and it would be locked if a manager visited the site,” the letter said.

Immediately, the team and district officials arrived on the scene and found the door locked, as had been warned. Recalling the incident, NCLP Project Manager T Narayanasamy said, “The then sub-collector asked us to break down the door, and inside we found only materials and executives. We were about to leave the place, when a small hand with bracelets grabbed our eye from the corner of a bathroom. We found eight frightened children inside the small room. We have all saved and rehabilitated, and thousands more over the decades.

The project started in the district in 1986, and Narayanasamy came on board as a block coordinator in 1998. He was later promoted to field officer and became project manager in 2016. and the rehabilitation of working children; and law enforcement with respect to the eradication of child labour. There was a time when we had over 100 Special Training Centers (STCs) in the district. Now there are only 16 STCs with 270 children; an indication of the extent of the progress we have made. STCs also admit school dropouts and help integrate them,” he said.

Sebastin Mary (58) was part of the first team formed under the project in the neighborhood and has about 35 years of service. “We were conducting surveys throughout the district and submitting the reports to the district collector. It was a difficult time. Over the years, we have managed to reduce the number of child laborers by 95 percent.”

The highest number of new children enrolled in the CTS was recorded in 2005-06 (1,266 children). A total of 72 children were enrolled between April and November 2021. No less than 90 children and adolescents were rescued from fireworks units and stores during the pandemic period alone. Bringing down the number of working children was a formidable task.

“At first, we had to convince the parents that the education of their child was essential. Seeing the cultural programs carried out by the students of the STCs, and their academic progress, other parents also came forward to admit the children in schools. We still had to offer them several types of assistance, including financial assistance, assistance in opening shops, forming self-help groups and catering services, among others,” she said. added.

According to Narayanasamy, along with the scarcity, the attitude of parents has also contributed a lot to the problem of child labor. “Through a survey in Sivakasi, we discovered that it was a way of life for people to send their children to work and then send their grandchildren to work. We started awareness programs and convinced them of the change that education could bring to the lives of their children. However, the pandemic has reversed a considerable part of our work. Apart from economic reasons, parents have started to take their children to construction sites again because they are afraid of leave them home alone,” he added.

Moreover, the monthly allowance of Rs 400 for the children was also not credited. Official sources said the funds are expected to arrive by March next year. Though mired in hardship, the volunteers meet each day with steely determination. Among the many success stories they cherish is that of K Kasthuri (25). She was rescued from a fireworks unit in Vadapatti when she was 10 years old. Kasthuri told TNIE: “I studied grades 1 to 5 in an STC, then I went to work in a unit, but I was saved and brought back. I have completed my master’s degree and now work as a charge de course. I also plan to pursue a Ph.D.”

When TNIE spoke with collector J Meghanatha Reddy about the NCLP’s plans, he said he would call a meeting to come up with specific plans and pay attention to the project in the coming days. “I have written several letters to the Union government on the matter of payment of fees,” he said.