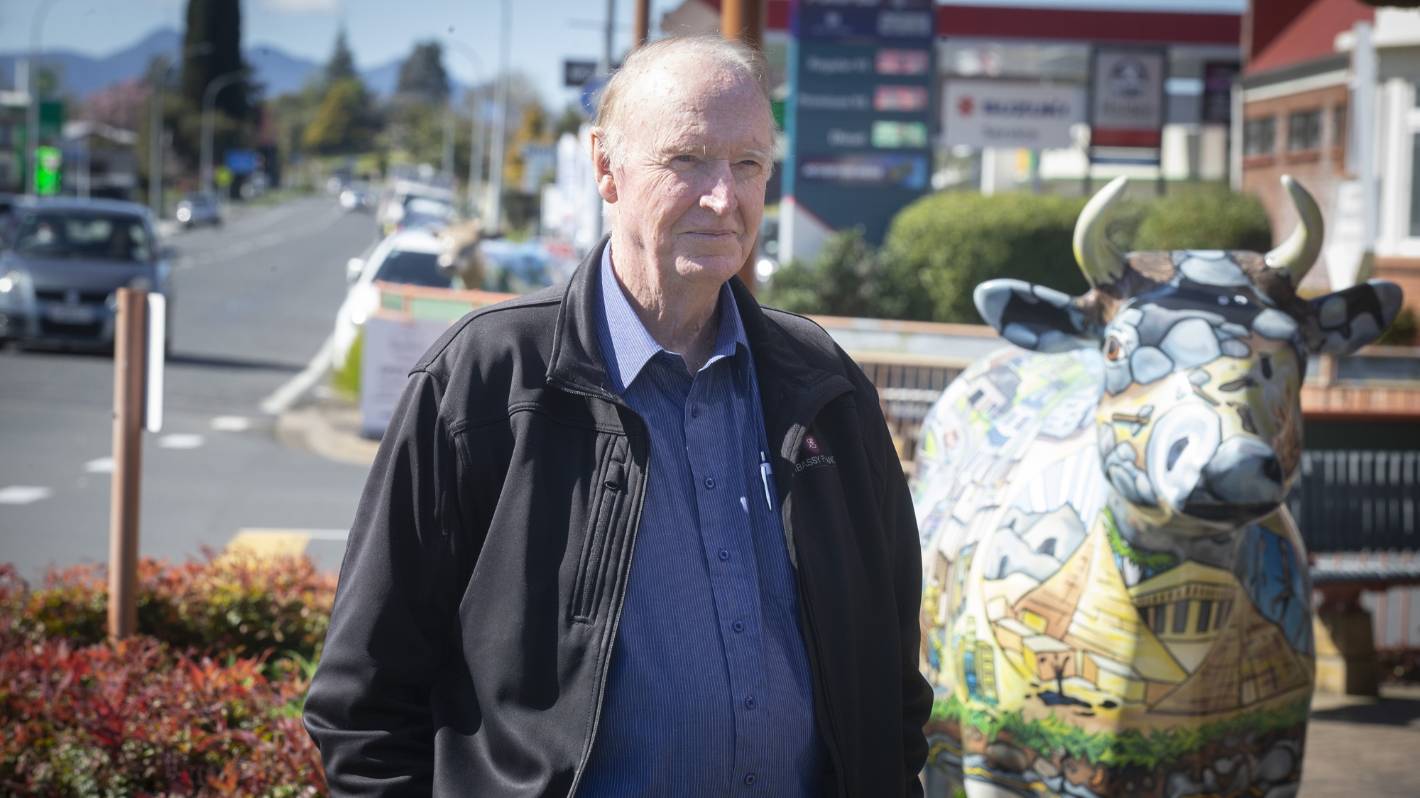 Hugh Vercoe, a retired local politician, farmer and businessman in Morrinsville, where he owns a finance company and co-owns a newspaper.

Like the former gunner he is, the former mayor of Matamata-Piako and outgoing regional councilor Hugh Vercoe does not hesitate to throw a few political punches.

Bang! He worries about the creeping centralization of government, including for local councils.

Blame! He believes that the mayors of Waikato may have resigned at the end of this term due to frustrations with dealing with new demands from central government.

And boom! The bureaucratic approach of the regional council deeply frustrates him: “It’s time for me to go.

In his Morrinsville Financial Society office with full military paraphernalia, the still energetic 79-year-old Vercoe exhibited in his usual direct manner before his exit from local government after nearly a quarter of a century.

“I am concerned about the government’s philosophical push towards centralisation,” he said, pointing to worries about Three Waters, health board mergers and polytech mega Te Pūkenga, as well as the potential for further streamlining of the local government.

For example, the four operating areas proposed by Three Waters are “far too large” to “adequately manage local requirements”.

Although some streamlining of local government in Waikato may be warranted, he fears reform may go too far, creating excessive control from Wellington or councils that are also too large.

“Centralization takes away the local capacity for control and by taking over the functions [of local councils] far what you have left is all fuck.

If things are being streamlined, it needs to be done smartly and in a way that maintains local oversight, Vercoe said.

Noting that four local mayors are resigning that term – Allan Sanson of Waikato District, Sandra Goudie of Thames-Coromandel, Ash Tanner of Matamata-Piako and Jenny Shattock of South Waikato – Vercoe said some may be frustrated with the changing face of government. local.

“In the past, local communities decide what they want, get government support and do what the locals want.”

Local councils responded to communities and helped them, he said, but he found the regional council was more concerned with producing plans and documents than helping people move forward .

“I couldn’t serve another term on the regional council,” he said.

But, amid his concerns, he says he has overall enjoyed his time in local government very much, especially with Matamata-Piako.

Vercoe said he was most proud of his work helping establish the Waikato Highway and making regional civil defense work more effectively.

“Civil defense at the beginning was a shambles” in the 2000s when it came to regional cooperation, he said.

“Nobody wanted to know,” said Vercoe, who served as chairman of the Waikato Civil Defense Emergency Management Group from 2010 to this year.

But a series of measures had made it possible to considerably improve the financing and professionalism of regional civil protection.

And now ? Vercoe won’t be ‘retiring’, saying he’s in his embassy finance office ‘most of the time’, is majority owner of a local newspaper and is in the process of establish an artillery museum on his property.

He also tells an anecdote about how he recently helped a local senior citizens’ association to continue operating after it dissolved.

“If you have the drive and the ability and everything else, you can do it.”

It seems unlikely that the former shooter will soon run out of powder.

Central government and state governments must work together to bring inflation down, says FM