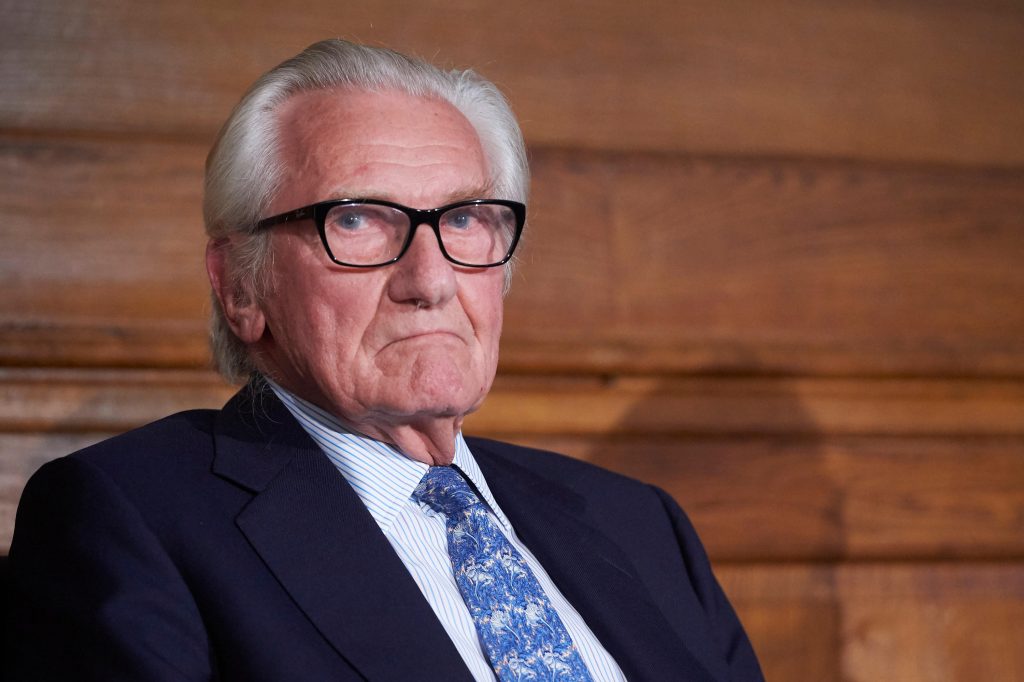 ‘Get rid of districts,’ ex-deputy PM says in response to white paper upgrade

Lord Heseltine, who has arguably championed decentralization more than any other Conservative politician in living memory, expressed concern that the leveling white paper will not bring decentralization fast enough.

In an interview with the LGC, the former deputy prime minister and environment secretary said Michael Gove – the current communities secretary – had ‘listened very carefully’ to his ideas in a meeting before the book was published. White.

Lord Heseltine, whose 2012 No Stone Unturned report became the source of Chancellor George Osborne’s later enthusiasm for mayors, points out that the Government‘s preference for directly elected mayors from “definable local geographical areas” is “the ‘essence of everything’ that he has ‘argued for decades’. ”.

But while he thinks the upgrade white paper “covered the areas that urgently needed to be covered”, he is “sad [the government has] decided to move forward at the slowest consensual pace”.

More than half of the nine areas so far lined up for county agreements have expressed reluctance to adopt a mayoral model.

Lord Heseltine encountered similar difficulties in reaching consensus on local structural reform during his own political career; The wholesale unitarization proposals of the 1968 Redcliffe-Maude Report were watered down when he was minister responsible for local government reform between 1970 and 1972, although some large metropolitan counties were created.

And as environment secretary in 1990-92 under John Major, Lord Heseltine clashed with his cabinet colleagues over his proposals for mayoral elections.

“Michael Gove faces exactly the same issues that people like me faced when we tried to go faster,” he says. “He will make progress. But it will be slower than it should be.

“But the forces preventing this are so strong that no one has been able to move with the necessary determination – except in parts of Scotland and Wales.”

The peer is also concerned that areas with existing decentralization agreements may not accept the “enhanced agreements” currently offered to them.

UK Shared Prosperity funding is still available to regions that choose not to embrace devolution, and Lord Heseltine laments this as ‘deals for the status quo’.

“There’s a huge incentive for people to say ‘we’re staying put,’ which is the last thing we want,” he warns.

Lord Heseltine says the government has a “real opportunity” to “get rid of the districts”, which he denounces as “very costly”.

He says ‘no one dreams of bringing back’ the district councils he abolished in 1991-2, and claims on a recent visit to Scotland that ‘people couldn’t even remember what the districts were “. “They are an anomaly of yesteryear. But London baronies want to keep their powers, the Treasury doesn’t want anything that can spend money, local councilors want to keep their jobs and MPs aren’t keen to vote for anything that creates local figures more important than ‘themselves.

“These are all the special interest arguments that are very familiar in life. So you move forward at the slow pace that everyone can agree on, which is a compromise of the desired outcome.

After retiring from frontline politics, Lord Heseltine worked several days a week at the Department of Communities and Local Government, as it was then known, on the devolution agenda, working with some who are now key figures behind the Upgrade White Paper such as Neil O’Brien and Upgrade Task Force Leader Tom Walker. “They all know exactly what I’m thinking,” he says of his former colleagues. “Michael Gove was kind enough to invite me to speak to him about his white paper, and he listened very carefully. But he faced the problems that I know so well.

In particular, Lord Heseltine fears that the government has ‘done nothing to recognize the vibrant potential of Portsmouth, Southampton and South Hampshire which calls for unitary authority, with appropriate mayor leadership’. A county deal bid covering Hampshire CC, Southampton and Portsmouth unitary councils and Bournemouth, Christchurch and Poole council was submitted last year, although there is little local appetite for it. a mayor.

Lord Heseltine fears the government’s target of achieving 12 key upgrading targets by 2030 is down to ‘two and a half governments’ and he wants ‘much more obvious momentum to be injected into the process’.

He proposes that metro mayors appear before the weekly cabinet leveling committee to “discuss their local strategies and see how far an agreement can be reached”. “It would be a very visible sign of partnership between the center and the decentralized territories,” he says.

Lord Heseltine warns ministers are ‘preoccupied with very important issues like housing, transport or education, but with no pressure to see the big picture issues’.

He believes the solution is to ‘mortgage’ each cabinet member to combined authority, as the ability to fit into one location would allow ministers to ‘consider what it would be like if you live and work in one area – to actually visit these places”. empty domains”.

Lord Heseltine remembers being “deeply influenced” by the three weeks he spent as environment secretary “walking the streets of Liverpool” after the Toxteth Riots in 1981.

“I really got a sense of what the problems were like on the pitch and came up with a lot of ideas to solve them because I was walking around seeing the abandonment and meeting people who said, ‘if only you let us do this”.

“You just had a totally different perspective than sitting in London, figuring out how to allocate funds. You saw the lack of a cohesive will, a central figure who could coordinate not just government forces – they matter – but local opportunities, big business, universities, quangos and the people who actually live there.

Lord Heseltine is also a strong supporter of mayors because of how they could later contribute to national politics, in what he calls the ‘Chamberlain precedent’. Years before becoming Prime Minister, Neville Chamberlain was the Lord Mayor of Birmingham.

“You create very powerful Liberal figures who really understand their area, and they go from local mayor to cabinet to MPs,” says Lord Heseltine. “I’m sure you’re going to see mayors running for parliament and making a really informed contribution to the debates.”

Mr Gove has spoken of wanting to locally delegate powers over corporate rates, which Lord Heseltine is not opposed to exploring ‘in principle’ – provided such a system can work. But he does not see new forms of fiscal decentralization as “the first step”.

Instead, the ‘fundamental change’ that Lord Heseltine believes is needed is to enable the Combined Authorities to ‘create economic strategies relevant to all of their regions, based on the strengths and weaknesses of the local economy’ by being allocated a “one-pot” – rather than through “centrally designed” transportation, housing or education programs.

“That’s the weakness of the current arrangements,” he says.