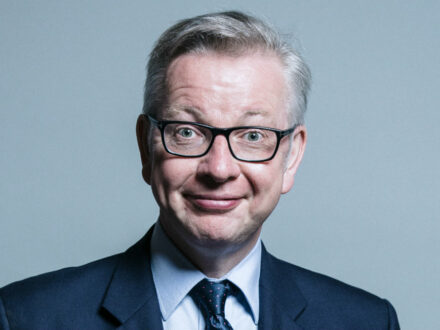 How to win the love of Michael Gove

Gaining some Whitehall friends was at the heart of the discussion at the Society of Local Authority Chief Executives & Senior Managers summit which ended today in Hull, writes Nick Golding, editor-in-chief of LGC.

Removing the words “local” and “government” from the nameplate of the Whitehall department overseeing local government will inevitably have a negative effect on the ability of national decision-makers to remember that local government exists.

Local government has long struggled to make strides in the corridors of power, or at least enough progress to ensure that it is not bottom of the hierarchy when it comes to funding. Or power. Or prestige.

As central government expands, local government contracts, regardless of the relative effectiveness of the two. It is often felt that the councils have too few friends in high places and that the center is not receptive to evidence that localism works.

LGC has lost count of the number of conversations we have had with leaders who could be full of praise for the work of some officials, if not entire departments (in the form of the recently regretted Ministry of Housing, Communities and Governments). local), but then move on to complaints about the attitudes of particular departments (we will use health, education, and work and pensions as examples) and will culminate in a pervasive sense of hopelessness about Whitehall more broadly.

The pandemic has provided a vivid example of the problem with the government instinctively pushed to seek control from the center, turning a blind eye to more effective advice. And while the local government rightly believes its Covid exploits should mark a turning point, even the industry’s biggest optimists have a sense of impending doom over the spending review (which will see other departments such as health favored) .

Inevitably, the influence of the sector, or the lack of it, was a key source of discussion at the Society of Local Authority Chief Executives & Senior Managers annual summit, which took place in Hull and concluded today.

Solace President Joanne Roney started the discussion, emphasizing that it is now widely appreciated that board heads and senior executives are “the glue that helps ensure that our people and our places stay together ”.

“The result is that I sense a much greater appreciation in Westminster that we are more than just an offshoot of a department in Whitehall; that we are working across multiple interfaces with government and that we have the power, ability and agility to get things done – and to keep pace, ”said Ms. Roney. Solace himself had “dramatically increased our engagement and influence with government,” she added.

However, the scene heard many examples of central blindness to the merits of the local. To give two examples relating to climate change, conservative peer Lord Deben – John Gummer, of Thatcher and Major cabinets – lamented that “there is no partnership between government and local government as it should be. ‘to be “.

A lack of support from center-left councils forced to “reinvent the wheel every time” as they seek to take meaningful action on climate change, the chairman of the Climate Change Committee said.

And Professor Dan Parsons, director of the Institute of Energy and Environment, noted that advice climate plans “are usually very good, but to implement them you need resources from the central government. “. This is of course not yet to come.

Yesterday afternoon there was a discussion on how advice can impact the center.

Peter Cardwell, former special adviser to late Communities Secretary James Brokenshire, has denied the civil service has a secret plan to build up power for itself.

“The last thing anyone here should assume is Whitehall knows what he’s doing,” he said. “The reason I was never a conspiracy theorist is that a global conspiracy would require a lot of planning.”

Mr Cardwell said most secretaries of state overseeing the sector “knew very little about” local government when appointed. “Some get local government and some don’t. They can see it as a hostile force, ”he said. So were they supported by the public service?

“Most officials in key positions have less than two years in their post. It’s like the blind leading the blind. Most of them fly away.

Although there is a general sense of chaos in Whitehall, Mr Cardwell insisted that local government could and did have many successes.

He praised the work of former Association of Local Governments chairman Lord Porter (Con) and his “blunt but factual” message on building safety, even before Grenfell. Ministers were not aware of the problem until Lord Porter’s intervention.

Now leveling is key to getting local government “back to its mojo,” said Cardwell, who stressed that excellent public services had been named as a key part of leveling by Minister Neil O’Brien. “Be aggressive and shameless when talking about the pressure you are under,” Mr Cardwell said.

Councils should remember that ministers lack the time and energy to read long or complicated strategies, he continued.

“My advice is to pick one thing you want to change and work backwards. Refine, know everything about it. Know how it is a victory politically.

Mr Cardwell quoted US President Harry Truman’s advice that “it’s amazing what you can accomplish if you don’t care who takes the credit”, before suggesting that the councils scale back their proposal “unless of 250 words, delete the word strategic ”and presenting it to the Secretary of State, say:“ By the way, Michael, you take all the credit ”.

Further advice came from Mark Lloyd, whose role as Managing Director of LGA for the past six years has made him the industry’s leading lobbyist. He proposed a 10-point plan for Whitehall’s influence:

Mr. Lloyd was optimistic. The pandemic success of the advice meant that “the value of our action is as high as it has been in my memory”.

However, despite all of this guidance and support, several speakers spoke of an even higher power, which eclipsed the rest of Whitehall.

As Center for Cities CEO Andrew Carter said, “HMT is ultimately the institution to engage with.” Noting that Her Majesty’s Treasury often pulled in a different direction from the rest of Whitehall, he added: “There is no ‘government’.”

Of course, in these heady days before the spending review, all eyes are on the treasury.

A source told LGC that there was no hope that the boards could expect a significant improvement in the allocation of funds. Officials, however, had been more receptive to the call for advice for more certainty about their funding. A three-year agreement is expected.

The problem is that inflation is expected to skyrocket and a cost of living crisis is on the way. Some boards, LGC was told, suddenly realized that being locked into a three-year settlement in a time of flux has its downsides. At least a one-year settlement offers hope that settlements for the following year and the following year could be completed in response to changing circumstances.

The phrase “be careful what you wish” could also apply to those who were so impressed with Local Government Minister Rishi Sunak that they longed for his ascension somewhere higher. The oft-expressed hope that the Chancellor’s familiarity with local government would lead to spending review dividends is now dead.

But nonetheless, it is beneficial – if not essential – to have friends in Whitehall.