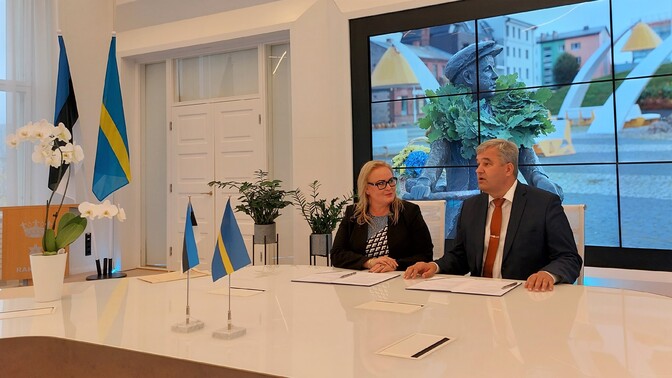 Kert Karus (Isamaa), one of the deputy mayor of Rakvere, said: â€œIsamaa’s commitment to lift landowners’ obligation to keep sidewalks snow-free from fall 2022 is particularly suited to me. , and I’m happy to start putting this commitment into practice.

The opposition to Rakvere will now include not only the SDE with two seats, but also the Conservative People’s Party of Estonia (four seats), the Reform (one seat), the Eesti 200 (one seat) and the Rakvere electoral alliance. Heaks (one seat).

In addition to council chairman Mihkel Juhkami, Isamaa holds two deputy mayor positions, one covering the urban economy and the other in charge of housing, business and several other areas.

The center has a deputy mayor responsible for education and youth work, and deputy chairman of the council, as well as Mayor Varek.

The Center pledged before the elections to increase certain benefits, including payment for maternity, and to provide free breakfasts to schoolchildren at risk of poverty, as well as free bus transport for those over 65; all these commitments resulted in the coalition agreement with Isamaa, reports the ERR.

The county town of LÃ¤Ã¤ne-Viru, about 15,000 inhabitants, is dominated by two buildings, its late medieval castle (Rakvere ordulinnus) and the Rakvere manor (Rakvere mÃµis) from the 18th and 19th centuries, part of which was turned into a theater in the 1930s. While the castle is in ruins, the theater is very active and two of its protagonists, the husband and wife actors Indrek Saar and Ãœlle Licthfeldt ran for Sunday’s election. While Lichtfeldt showed up for the SDE in Rakvere, the Saar, the current party leader, instead showed up in the NÃµmme district of Tallinn, having to re-register his address this summer to do so.