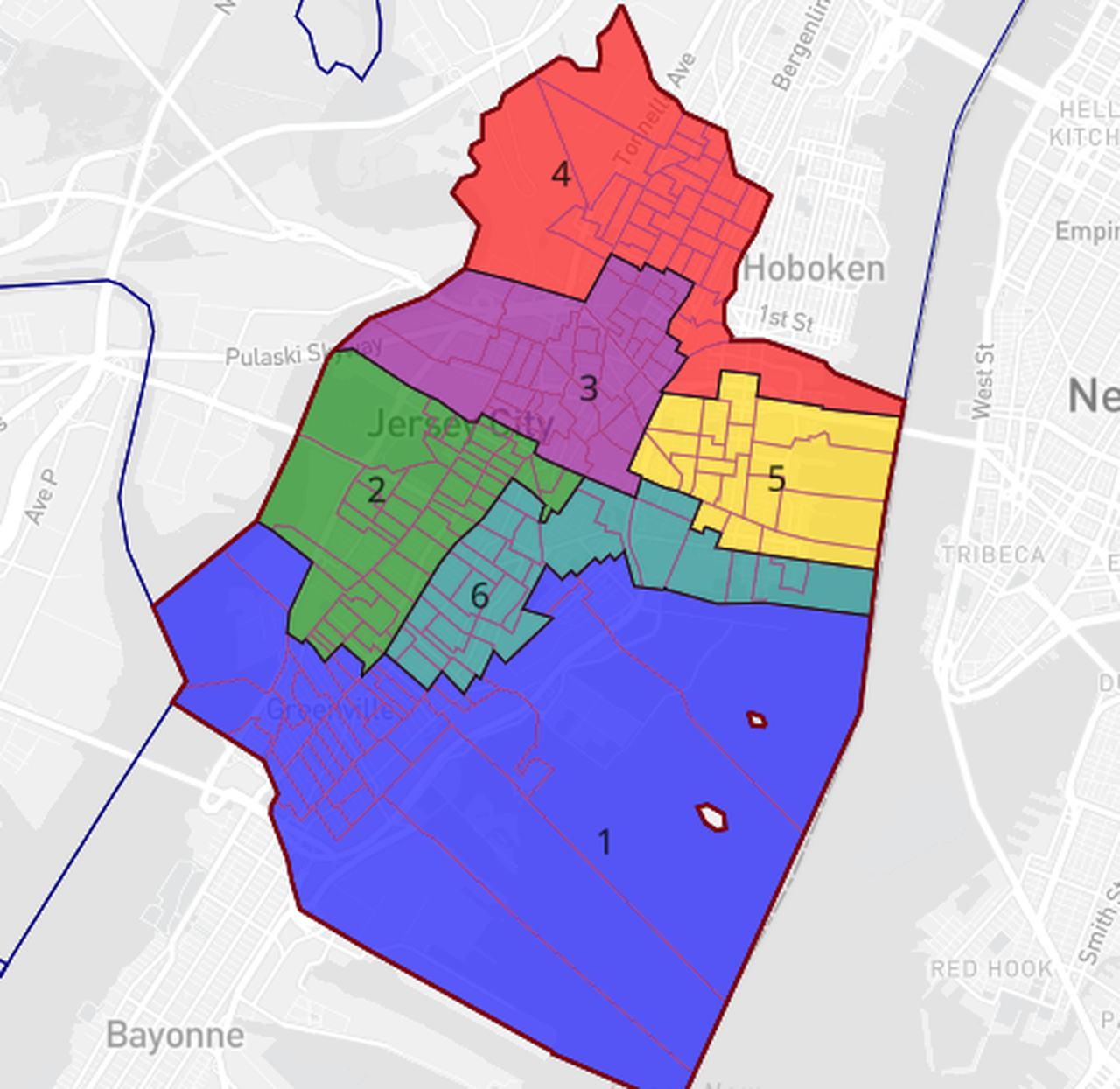 Jersey City gov’t let us down, disenfranchised many in ward redistricting | Opinion

I am a permanent resident of Jersey City. I attended the two virtual town hall meetings held on January 14 and 22 regarding the new Jersey City ward boundaries being realigned as a direct result of the census.

The first meeting was at 5:30 p.m. on the Friday of the Martin Luther King holiday weekend, two days before the deadline. The meeting eventually had to be adjourned until January 22 because the Neighborhood Commission could not accommodate the number of residents who wanted to attend the meeting. They were totally unprepared and obviously shocked by the public interest in this meeting.

At no time during the meeting did the commission provide any information to the public about the process used to formulate any of the maps. Oh, and yes, the map had been changed by the commission during the week-long extension due to a petition circulated by residents of the Hamilton Park neighborhood. Why did this happen without giving residents of other neighborhoods an opportunity to voice their concerns about neighborhood remapping? Isn’t that the purpose of a public meeting? Ground rules should have been provided to everyone.

I commend the residents of Ward E for coming together and speaking their minds; however, without specific guidelines and rules, everyone is at a disadvantage.

Residents of Ward F were greatly affected by the redistricting; however, their concerns fell on deaf ears at the public meeting.

It was reported that the City of Jersey City was going to court during the one-week extension to seek a 60-day extension to redistricting. Did it happen? I don’t think so since a vote was returned on the new map at the January 22 meeting. The report of the possible extension gave many residents false hope that there would be an opportunity to be heard in order to discuss the plans and ultimately develop a more respectful neighborhood map and that the process would be fair.

Why did the commission refuse to provide information and answer questions at the meeting? Their refusal to do so demonstrated a disregard for any exchange of ideas in a public meeting and left most of us feeling totally disenfranchised.

The right to vote is a hot topic these days. We had an election in November for Jersey City City Council and now many residents are represented by someone who was not on their ballot. The maps were changed after the elections. That being done, one would think that voters would at least have had more than a chance to be heard at a public meeting regarding ward redistricting. There was no exchange of ideas, explanation of the process, or time given to deliberate after hearing residents’ concerns. The outcome was already determined.

I thought our city government was better than that, but I guess I was wrong.

The outcome of the January 22 meeting is positive. Residents and voters of Jersey City spoke loud and clear.

Let this be a lesson to the leaders of our city, county and state. We care about our city and we should have a real opportunity to work with our government officials to make Jersey City a city we can all be proud of.

Cynthia Scott is a resident of Jersey City.

Send letters to the editor and guest columns of the Jersey Journal to [email protected].