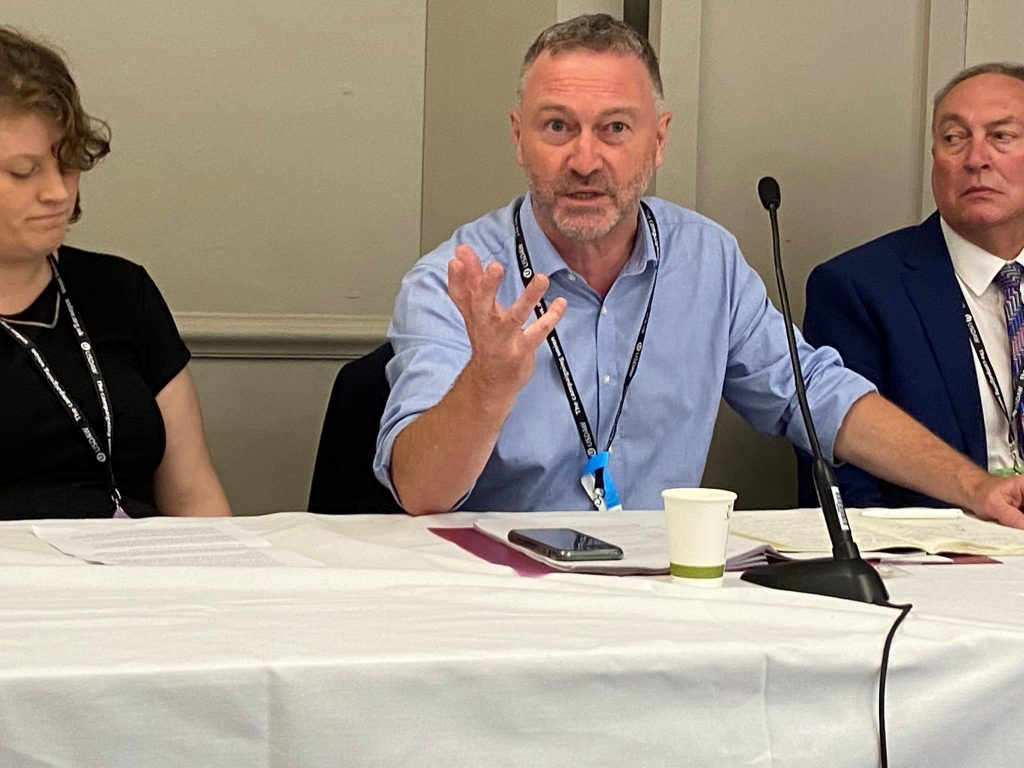 At this year’s Labor conference, Deputy Leader Angela Rayner described the many facets of the party’s political work as “spaghetti bolognese”. But have Labor offered the public a delicious healthy meal, or a plate of unappetizing leftovers, asks Deputy Editor Jessica Hill.

It was easy to think of this year’s labor conference as actually being made up of two different events. In one, led by members of the traditional hard left of Labor, disgruntled members spoke on the sidelines about how Keir Starmer had not had contact with voters in their region – often in the north from England. Meanwhile, at the mainstream event, Labor’s shadow cabinet struggled to sell its shiny new policies to the public as the media narrative was consumed by the fighting – both at gas pumps and within of the party, especially when shadow employment rights secretary Andy McDonald resigned because of the leadership. refusal to pay a minimum wage of Â£ 15 an hour.

During one of the last sessions on the sidelines of the conference, Deputy Head Angela Rayner drew the attention of all reporters in the room by stating that she “started with an apology” … “for having me. brought the Manchester weather, â€she added wryly, hoping she may have been about to apologize for calling the Prime Ministerâ€œ scum â€.

The party’s local government leader Nick Forbes appeared to be wading into the internal feud with his comments that ‘in addition to opposing’ Labor should have ‘a clear vision for the future what a good job looks likeâ€¦ and what a living wage looks like. “” We shouldn’t be afraid in the Labor Party to talk about people making a decent income. We shouldn’t be having this stupid game that so many people play. people in our party that is the poverty fetishismâ€¦ that’s one of the reasons the Labor Party exists – to end poverty, and we are doing it by creating a better working world.

Meanwhile, the rising stars of the Labor movement were clearly its eight metro mayors – who strutted between sessions on the sidelines with their heads held high, knowing that they held more real power than the shadow cabinet itself.

North of Tyne, Calif. Mayor Jamie Driscoll said people often asked him why he was “so enthusiastic” about a Labor politician. He explains that it is because he is “able to do things, which is wonderful”. Mr Driscoll gave the example of being approached by Proctor & Gamble’s vice president of innovation and asked if he could have access to the government to launch an idea. The mayor was able to help him do that within six months because, despite some of his political rhetoric, his relationship with Whitehall generally appears to be a mutually beneficial cooperation, rather than the bitter antagonism of the first opposition MPs. line.

Likewise, Mr Driscoll and the Mayor of Greater Manchester CA, Andy Burnham, spoke with respect and admiration of new Communities Secretary Michael Gove and praised some of the changes he will be making within the department. In contrast, Mr. Gove’s shadow counterpart Steve Reed called the renaming of the former Department of Housing, Communities and Local Government â€œOrwellianâ€.

It was as if Mr. Burnham had a much better idea of â€‹â€‹the purpose of these county agreements than Mr. Reed, which was a little alarming.

And there were other occasions during the conference where the shadow cabinet members were taken aback by their ignorance of topics that you might expect them to understand; Shadow Housing Secretary Lucy Powell may only have been on the job since May, but you can expect her to fully understand the idea of â€‹â€‹’15 minute quarters’ that residential amenities are all over the place. a few minutes walk or bike ride from the houses. A woman working for Hounslow’s Labor group claimed that the 15-minute quarters are “really, very popular now in London” – although he admitted it would be “a very long time” before they move in in central Bedfordshire. Could they be integrated into the political agenda of Labor and introduced â€œwhere it is practical? “

Mrs. Powell responded by saying; “I don’t know much about the 15 minute neighborhood, but it sounds like a good thing, so it’s definitely something I’ll look into.”

A town planning expert I met later that evening was horrified that the shadow housing secretary didn’t know about a concept that has made so much noise in the town planning and architecture world.

Likewise, shadow Minister of Health and Welfare Justin Madders dodged a bullet fired by LGC during a session aptly titled â€œChallenges to Long-Term Health and Social Care Fundingâ€, at the during which everyone talked about the challenges the NHS was facing. I asked him how Labor would go about funding social care in the future.

Incredibly, despite the title of the session, Mr Madders replied that he was not ready to talk about â€œfiscal policyâ€. â€œI suspect it will all end up landing on the housing tax,â€ he added – a view shared not only by his leading ally Steve Reed, but also by several other high profile sources with which LGC s. ‘is maintained this week.

But despite the shadow ministers’ sketchy understanding of some of the issues of the day and their reluctance to get into the nitty-gritty of how some of its policies would be rolled out, they unveiled a number of new policies that appeared to have been thought through to transverse, sensitive and actionable.

For example, the party is now firmly committed to community wealth creation, a policy of trying to keep money raised in one region to be spent in that region as well. Community wealth building has proven to be effective where it has been implemented by Labor led councils such as Preston and Salford and Islington LBC city councils, and is enthusiastically championed by Mr Driscoll .

The party noted during the adoption of the motion the “significant electoral success” where a program to strengthen community wealth had been adopted.

The policy is a sign that the Labor front has listened to and learned from the successes of its councils and mayors, which can provide real insight on the ground as to whether the policies are really worth adopting or whether they are is a matter of conceited concepts.

Referring to the many lines of work underway, Ms Rayner said last night that ‘it’s like spaghetti bolognese to Labor in the way we make policy and move it forward, because there are so many ways we love to consult and bring people forward. “

But will the spaghetti policy turn out to be appetizing for an audience that still seems to have a taste for Boris Johnson’s “magic ketchup sauce”?

If Labor continues to learn from our sector – as the government erases the very name of local government from its department – then it has a good chance of becoming a party capable of winning the next election.