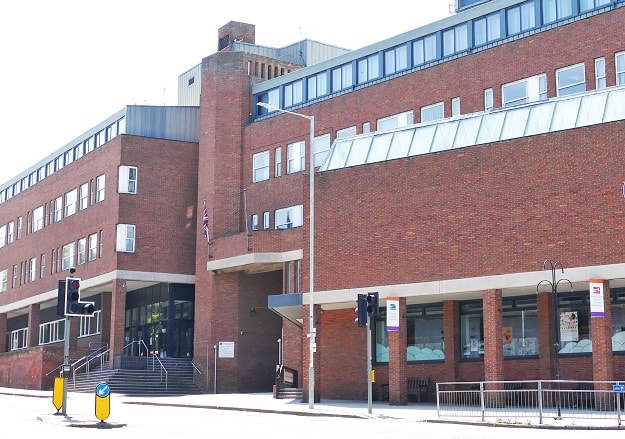 A memo leaked to the Local Government Chronicle says government advisers have suggested sending commissioners to intervene on Thanet council.

The staff memo from the Department of Leveling, Housing and Communities suggests using best value powers – allowing central government to step in if a local authority is not making economic, efficient and effective arrangements.

Only four councils since 2010 have ever had this type of intervention – Northamptonshire, Tower Hamlets, Rotherham and Doncaster – but now the government is considering using the powers in Thanet and Northumberland and extending the action to Liverpool .

The memo to Secretary of State Michael Gove says the advice is “soon to come to a head”.

The LGC also reports that the DLUHC memo states that it is “preparing advice on the broader issues raised by the external review of board governance, including the potential use of best-value powers.”

A Thanet council spokesperson said: ‘It would be inappropriate to comment on the findings of a leaked memo. We can, however, confirm that we are on track to approve the appointment of an interim CEO on Thursday July 14 and we have developed and are moving forward with an action plan to implement the oversight officer’s recommendations. independent.

The news comes as the last remaining officer of Thanet’s council leadership team has been suspended, meaning an unprecedented ‘dump’ of the entire leadership team.

Gavin Waite, who is director of operational services, was reportedly suspended from his post on Monday June 13.

The suspension follows the June 9 announcement that chief executive Madeline Homer was leaving Thanet council on a £327,000 severance package.

Section 151 officer and council finance director Chris Blundell has been named acting deputy chief executive and has taken over Madeline Homer’s duties as head of the payroll service with immediate effect.

His appointment is a short-term arrangement to ensure that the board fulfills its obligations to provide the statutory role of Head of Paying Service until an interim Chief Executive and Head of Paying Service are identified. A nomination is expected to be made at the next full Council meeting on Thursday 14 July.

Madeline Homer’s exit follows an independent report into authority failures, which included a “serious rift” in management team relationships and the use of disciplinary action against staff trying to file complaints.

Last year, external auditors Grant Thornton released a report calling relations between senior authority figures a “serious breakdown” and listing a catalog of failures at the board, including trying to discredit critics in independent reports; depleting finances due to disciplinary and legal actions and causing significant reputational harm to those involved in protracted claims processes.

A summarized version of the report by independent watchdog Quentin Baker was released last month and highlighted concerns including the personal relationship between then chief executive Madeline Homer and Gavin Waite; the hostile relationship between the four main senior officers and the payment of more than £1.5million for redundancy or employment tribunal contracts between 2015 and 2021.

On two occasions disciplinary proceedings have been launched against members of the management team – one of which resulted in a serious disciplinary action being taken against supervisory officer Tim Howes, leading to his dismissal in April this year and the other ending with a public apology and £280,000. severance deal for Deputy Chief Tim Willis who left the board last October.

A leaked document showed Mr Willis filed a grievance against Madeline Homer with accusations of systematic intimidation, bullying and victimization.

Request of the head of the council to the government

Last September, the situation on the council prompted TDC leader Ash Ashbee to ask the central government to step in to deal with culture on the council by “requesting the assistance of the DHCLG to, in the public interest , regularize the governance of the TDC”. .

The letter, originally sent to MP Michael Gove, came amid ongoing disciplinary and grievance proceedings before the authority which had, by then, racked up a legal bill of more than £733,000. At that time, the request was denied, but the leaked memo suggests an intervention is now being considered.