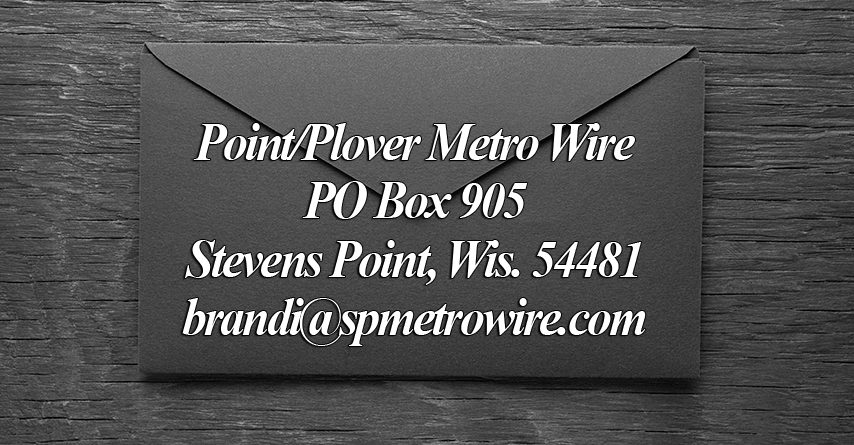 There seems to be an alarming trend in the government of the town of Stevens Point.

That is to say that the city does not listen to us. They didn’t listen to us about the ACU/ADU and loss of zoning regulations, they didn’t listen to us about spending money on items that are only used by a small number of people, like the paddling pool on the square which continues to waste 5.2 million gallons of treated water per summer which has now reached 82.3 million gallons (what a waste of a precious resource which is the lifeblood of our existence and flowing all day, whether someone uses it or not, rain or shine).

I suggested the mayor install a meter so people can put money in it and run for a minute or two, or downtown merchants can give credit for purchases to run the paddling pool for a short time. So when it’s cold, rainy, cloudy or windy, precious water isn’t wasted.

Citywide bike lanes that are completely and completely empty of bike transport are costing the city $1,000,000 ($250,000 over budget) in property taxes, and now they want you to think the Business project 51 is only great if they remove one of the lanes to the north and one to the south.

Wait now! They don’t even tell you that the upcoming referendum is about Business 51, keeping it four-lane and helping businesses keep their access. The court sign in front of me (director Ryan Kernoskey’s court) wants us all to think it’s about paying higher taxes. They can’t even be honest and use the words “Business 51 project”.

The municipal government would have you believe that the referendum has now been changed to a referendum on property taxes. No, this is not the case. City officials tell us all kinds of untruths, also known as fabrications, lies, misrepresentations, rooster and bull stories, deceptions, lies, and double talk. You can choose the word that suits you. Have any of you heard of floods, fires, earthquakes?

Yet the city continues to tell us it believes that removing one northbound lane and one southbound lane on Business 51 (a major thoroughfare for all city residents) is a good thing. What about firefighters, paramedics? What about an evacuation plan? Have any of you seen any signs that we have a deliberate evacuation plan in case any of the previously mentioned disasters occur? What will people do? Oh, you say, that won’t happen to us. Yes, people, fires, floods and earthquakes surprise many cities without warning. Our city officials prefer to stick their heads in the sand and hope like hell that it doesn’t happen here.

What they’re really afraid of is that you all vote ‘yes’ on the referendum question and hold the city accountable for the problems of their irresponsible spending. That’s what it’s about. They don’t want reasonable people deciding whether city residents will have a say in projects that cost property taxpayers an arm and a leg. A few minutes ago I was on Clark/Division where I saw a yard sign indicating a “wrench” referendum. That’s all. I don’t think the company that made the signs realized that the “yes” votes will put a huge wrench in the city government‘s plans to spend and spend on unrealistic and absurd dreams. But they won’t say the word “Business 51 project” on the signs, the real issue behind which they hide.

And, by the way, who paid for the signs that meet the wishes of the municipal government?

Let’s make people think it’s all about taxes. Have any of you been to a city that removes lanes on busy/main streets? I do not have. I admire Waupaca and its decision to remove streetlights at major downtown intersections. I have been there several times since that decision, and there have been no accidents because they believe that the people who live and visit their city are good people, with the intelligence to stop, to give another person a turn to cross, to change direction, or both. Courtesy is the word. No pedestrians are killed or injured either. When will our city officials give our citizens a fighting chance to know more than the government? We have to show what we know at the polls.

Now here’s another interesting story about our municipal officials and the decisions they make. In the area where I live, it has been planned for a long time that there will be road reconstruction (and with this plan, gullies that everyone knows do absolutely nothing to change the polluted water that pours into the WI River. We are three miles from the river and none of our waters have ever traveled downtown.)

We live in an area that has been hit hard by storms over the past 10 years. With approximately 121 homes in the area, 25 families reported losing 500 trees to these storms. Now the city says that other than the gully work and tree felling, it doesn’t have the money to plant new trees to replace the ones it removes.

Has anyone heard of tree work? They suck up to 100 gallons of water a day, use carbon dioxide to make oxygen, provide shade for our homes and wildlife homes, some even provide food for wildlife. We have a sign at the entrance to the town telling “all visitors and citizens” that we have been designated a town of trees. When the city doesn’t have enough money to rebuild an entire road with swales, then please why does the project go ahead when only half is done and it’s no new trees?

I have stated over the past four years; that if the city doesn’t have the money, then any project should be canceled or delayed. Money first, then projects. That’s what financially responsible people do.

One of our city officials told me (in writing) that he didn’t like my communication style. Now why is that? Oh, I know that answer. I will be the first to tell you that I do research before saying things. I know he would prefer that I didn’t write all this down so that others would know.

If I know, I will say/write it. I do not change the words to deceive or plan to devastate the homes, lives and well-being of those who live in Stevens Point.