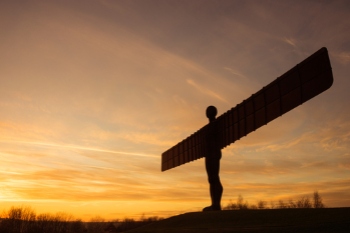 Central government policies have undermined the ‘leveling up’ agenda and left the UK more regionally divided than ever, according to a new study.

The progressive think tank, IPPR North, has warned that the funding set aside to end regional inequality “pales in comparison” to what was lost due to austerity measures introduced by the Conservative-Liberal Democrat coalition government in 2010.

The think tank also warned that the country was becoming increasingly centralized, with public spending concentrated in central government. Four years ago, 95 pence on every pound paid in tax was levied by Whitehall. This has now increased to 96p.

Regional divides are widening across a range of measures, according to IPPR North. An example provided by the researchers to illustrate this growing divide is that for every job created in the North, just under three were created in London and the ‘Greater South East’.

“Two years after promising to level the country, the government’s rhetoric has reached fever pitch, but in reality they have once again over-promised and under-delivered to rebalance our economy,” the acting director said. from IPPR North, Arianna Giovannini.

“To succeed in taking it to the next level, enabling people around the world to live a good life, it will be necessary to build a hardwired economy for widespread prosperity, which propels the net zero transition and provides everyone with access to an education high quality throughout life.

“Broadening and deepening decentralization and building collaborative relationships between and across all levels of government are essential parts of the upgrading puzzle. But reorganizing local government through the back door, false dawns and further centralizing power and funding would be a huge mistake and level the country.

A spokesman for the Department of Leveling, Housing and Communities said the analysis was “misleading” because it only focuses on part of the government’s investment in levelling.

“In addition to the £4.8bn leveling fund, we are providing record infrastructure investment worth over £96bn, £12bn in affordable housing and a shared prosperity of £2.6billion to help rebalance opportunities across the UK,” they said.

“The government will publish a white paper that will take this core mission forward in due course.”

To learn more about the upgrade whitepaper, visit The GM (£).

Table rejections based on due process, say central government sources