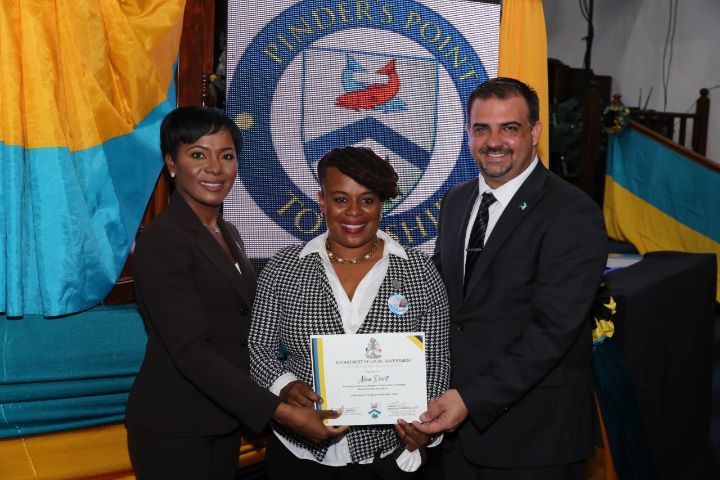 During the official installation of local government officials from the West Grand Bahama District on Thursday evening (February 10), at the Bethel Deliverance Center in Eight Mile Rock, Minister Sweeting said that as minister responsible for island family affairs, he wanted to give the new councilors an idea. of the time in which they had chosen to serve.

“As a result, now is the perfect time to be part of local government.

“You see, you have to understand that I sat where you sat. These concerns, longstanding issues and evolving issues [are] what I personally experienced. Know that you will be heard and that your questions will be answered. This Davis-led administration is pro-Family Island.

“Your successes will be our success and that of our local communities. So we are well placed. »

Minister Sweeting stressed that the new local government officials must serve at a time when change is badly needed; where amendments are needed. He said there is a need to act with these ideas where local government gets the boost it needs.

“We know you can never get paid for your service to your communities and we know it is a huge sacrifice for your personal life and your family. So don’t faint and don’t get tired, because now is the perfect time to be part of local government,” said Minister Sweeting.

Of the 36 civil servants who were installed at the ceremony, Minister Sweeting noted that four local government professionals were interviewed to become consultants. This, he said, was in an effort to make a new era of local government a reality.

“Therefore, the recommendations for transforming local government will come from you; not me, but all of us,” said Minister Sweeting. “So they will call you and they will prepare a draft and once the draft is prepared it will be shared among you for your final polishing. Then, and only then, will it be proposed for debate in our honorable House of Assembly, before become law.

“At all levels, your voices will be heard. It’s a good time to be in local government.

“All government services must be facilitated and encouraged in all Family Islands. I’ve asked our manager to reinstate our family island help desk. You see, when the Prime Minister created the Department of Island Family Affairs, I don’t know if he knew how serious I was about Family Islands. If family islands are not taken care of, we lose who we really are as a nation. It is proposed that this Family Island support office be a physical presence in Grand Bahama, Eleuthera and Inagua, with a central command point in New Providence. All questions must be answered.

“I am the minister, but we are all elected officials. We must serve and we must serve together.

“Again, I say, there’s no better time to be in local government.”

Also present for the installation ceremony was the Minister of Social Services and Urban Development, Hon. Obie Wilchcombe; Minister of Grand Bahama, Hon. Ginger Moxey and the Minister of State for the Public Service, the Hon. Pia Glover-Rolle, all of whom participated in the pinning of newly elected councillors.

How might a proposed change in city government alter the composition of the Portland City Council? – Blogville