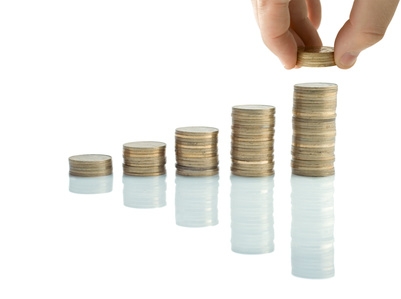 The government has been accused of a lack of urgency to deliver on its pledge to appoint a task force comprising political leaders from local governments to engage with officials on the design of the UK’s Shared Prosperity Fund (UKSPF).

An announcement on the UKSPF’s investment program, which is intended to replace EU funding, is expected early next year ahead of its launch in April. This leaves little time for the sector to provide their views to Whitehall on how the fund should be deployed.

The LGA has always called for the creation of a UKSPF working group between central and local government, both at member and officer level, but its efforts seem to have fallen on deaf ears.

The Ministry of Leveling, Housing and Communities held three quick succession agent-level working group meetings ahead of the expenditure review, chaired by the Deputy Director of its Cities and Local Growth Unit, who is responsible for the design of the fund.

The working group underlined the need for any future engagement to have a political level, as well as the need for greater collaboration in the design of the fund, explained a report to the LGA People and Places Council. .

But there do not appear to be any plans in place for future meetings of the working group, despite the fact that the LGA â€œstresses the urgency of establishing a political and officer level. [taskforce] which has a real influence on the design of the UKSPF â€.

Board chairman Kevin Bentley (Con) told the committee this week how, before the UK leaves the EU, the LGA’s Brexit task force – which he chaired the era – had persuaded the minister then at the head of the agenda to accept that there would be a local political presence of the government in the working group of the UKSPF.

He warned the council yesterday that “without political involvement we will start to lose ground.”

LGA policy adviser Paul Green told the board: â€œWe urgently call on officials to ensure that there is a [taskforce], as well as the extension of that of officer. They don’t react as quickly as they should. The head of escalation policy [this] with officials.

Cllr Bentley, who is also the chief of Essex CC, told the committee: “Let’s send a letter, signed by James [Jamieson] as president of the AGL as well as myself and the president of the council of the regions of the city. We have to put that marker very clearly now and repeat it over and over again, because if we don’t get the political meeting, we will lose the momentum.

â€œI’ve been pretty close to it, so I feel very passionate about it. “

The UKSPF was originally featured in the Conservative Party’s 2017 general election manifesto, with the Â£ 220million community renewal fund that was launched in March and intended to serve as a pilot program for the fund.

The LGA has criticized the way projects were selected for this fund, like so many others, through a competitive bidding process. Cllr Bentley warned that without political commitment, “we will get more of this competition. [element] and not in fact [government] work with us so that the money is distributed where it needs to be â€.

In addition, Mr. Green stressed the importance of the fund being “co-designed with local government” so that the sector is able to convey to government the “negative aspects” of “the impact of competition”.

South Oxfordshire Councilor Sue Roberts (Ind) told the board she could understand why EU funding “has to be done through a competitive bidding process”, but said added that “our own UK money should not come from competitive bonuses like this”.

She pointed out that an AGL report on the UKSPF highlights how the competitive structure “prevents collaborative work to get us to bid against our neighbors” and how the fund “does not have the longevity or amount of funding of the EU in any respect â€.

â€œGreen financing, according to the government committee on climate change, has also suffered from the stop-start nature of the financing,â€ she continued.

â€œWhenever we talk to government about funding, we shouldn’t be encouraging them to take these stop-start approaches. We need consistent funding that is properly allocated to local councils, so that we can do our work properly. “

Cumbria CC advisor Stan Collins (Lib Dem) suggested that “the reason officials favor bidding processes is that boards are forced to employ bid writers, either in as consultants, be full time and how often do we find that these consultants are retired public servants? “

A DLUHC spokesperson said: â€œThe Secretary of State and Ministers have met with the LGA and plan to meet with relevant local government organizations in Scotland, Wales and Northern Ireland as part of the pledge. continuous work of the department with local authorities.

â€œThe Secretary of State is always happy to listen to the views of the local government. “

Concern over Cipfa’s plan to toughen up the prudential code