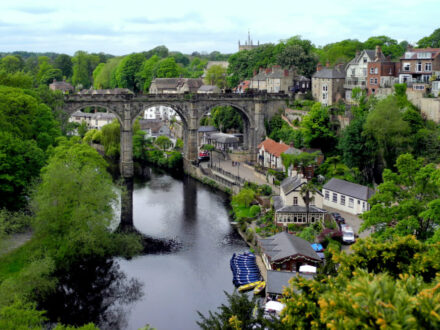 York and North Yorkshire councils need to review their government ‘demands’ on decentralization to ensure they align with national policy.

Leaders from North Yorkshire CC, its seven districts and York City Council are due to meet on Friday to discuss local government. In July, the then Communities Secretary approved the reorganization of North Yorkshire and its districts into a single unit, which should then form a combined municipal authority with the city of York.

James Farrer, COO of the York and North Yorkshire Local Enterprise Partnership, will give the meeting a verbal update on a “review of devolution requests”.

North Yorkshire leader Carl Les told LGC that “things have changed” since a list of demands supported by the majority of councils was submitted to the government in late 2020.

He said the review of the requests was “just to make sure they are still relevant and genuinely aligned with government priorities” as well as to ensure that “we are talking to the right people”.

“If we went to the treasury and said, ‘Give us a little more money for public transport,’ they might say, ‘Well, haven’t you done a BSIP? “”

He added: “There’s nothing sinister about it, it’s just a little bit of housekeeping.”

Cllr Les explained that the overall amount of funding sought would be similar to previous requests, which called for a deal worth over £ 2 billion.

The meeting agenda says Mr. Farrer’s update will replace a “report that was previously published and circulated” on the subject.

According to Richmondshire Today, a Lep report for the meeting – which is not included in the current agenda – recommended that previous devolution proposals be amended to “reflect current government policy”.

At a meeting of the North Yorkshire and York CEOs group in June, the minutes say “there was a discussion about the possibility of removing those less likely to succeed”.

The minutes added that “this will be discussed further” at the council leaders meeting in October, saying “informal discussions with officials would help make those decisions.”

It was also agreed that the rural elements of the requests “need more emphasis”.

Cllr Les said that an earlier document on the Friday meeting’s agenda could “possibly” have been replaced.

He rejected a suggestion by John Fuller (Con), chairman of the District Councils’ Network, that the recent appointment of Michael Gove as communities secretary could “recalibrate” the government’s approach to reorganization in the county.

Cllr Fuller told LGC that Mr. Gove’s comments at the Conservative Party conference last week “putting local leadership from ‘the place’ at the heart of leveling should be music to the ears of district councils,” saying “We are the keepers of the local place in England outside the big cities.”

He added: “With parliamentary orders yet to be tabled, I wonder if Michael is going to recalibrate the reorganization in North Yorkshire, against his four new upgrade criteria and concluding that it might make sense to focus on more urgent tasks. “

“The vast geography of North Yorkshire makes it a great outlier: it’s the breadth of our nation, less than seven miles and putting proud places like Scarborough, Skipton and Selby, in one local authority doesn’t feel like to upgrade. With an electoral quotient of over 10,000 voters per councilor, the Yorkshire proposals in particular would certainly level democracy while the North East neighbors have 3,000 per councilor.

Cllr Les said “I would not expect any changes”, adding that “we submitted a proposal which was accepted without modification”.

However, he acknowledged that Mr Gove’s appointment last month delayed the timing of talks with the government over the reorganization. “I’m not worried that there has been a slight delay, as long as it is only a slight delay,” he added.

IFS warns of another ‘difficult year’ for local government

The primary objective of the central government is to “enable governance” at home: Dr Balyan | India News