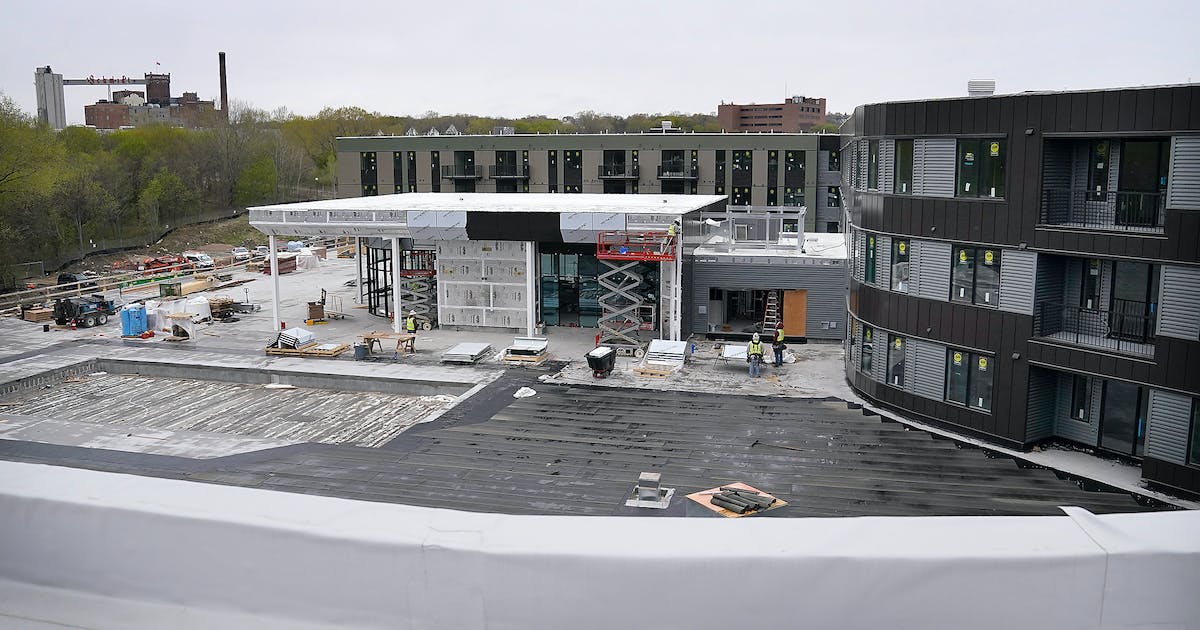 I vote “yes” for the St. Paul rent stabilization measure. Unpredictable housing costs cause the most damage to people of color, people on low and fixed incomes, and especially families. Decent and stable housing is essential for the health and development of children. If we are serious about eliminating systemic racism, we must support policies like these.

Some are predicting a massive flight of rental property owners and developers that will worsen the affordable housing shortage in Saint-Paul. This ignores a much bigger business driver: housing demand, which will remain high. It also ignores the reality that to build new affordable housing, government incentives are indeed needed.

The ordinance mandates the establishment of a mechanism allowing owners to request exceptions. He specifies that property tax increases, maintenance costs and capital improvement must be taken into account. Furthermore, although state law requires that this ordinance can only be established by initiative of a vote, after one year it would be subject to change or even repeal by the usual legal and regulatory procedures.

This policy does not limit the base rent set in new buildings. Rent control policies elsewhere exempt new developments from ceilings on rent increases for a few years, so this policy is seen as drastic in comparison. But are the exemptions really necessary? New buildings should not require costly immediate upgrades. Compared to owners of existing buildings, developers should have more certainty about the rent levels they need to ensure profitability.

Stabilization of rents is necessary in Saint-Paul, and this ordinance is achievable and fair.

There seems to be an attitude that predatory business owners unfairly charge rental rates that hurt the citizens of Saint-Paul and artificially inflate prices. This argument got a lot of airtime. While we were in the housing market last year, my roommates and I toured several units, comparing prices, amenities, appliances, location and level of maintenance. We decided to rent a beautiful three bedroom apartment in the Summit Avenue area of â€‹â€‹St. Paul for an affordable price. We rented from a private owner who had renovated most of the property himself, and I would often have him paint, drywall, or work on our downstairs unit.

Personally, I appreciated the standard of living offered by a beautifully renovated apartment. The strict and widespread rent stabilization of 3% per annum would discourage landlords from making such investments and punish tenants who are willing to pay (even slightly) above market rates for well-maintained homes. If the city is to pass housing regulation, it should be better suited to the many housing goals and desires of renters and landlords in St. Paul – regulating the market as a whole is a clumsy solution to fairness and equity. affordability of housing. We absolutely need to take action to fix the problematic subsections of the market, but capping rent increases at a rate barely above inflation will do more harm than it helps.

Regarding the City of Minneapolis Question 1: Two former council members and a former deputy mayor would like readers to believe that the existing charter is a “hybrid” system that represents a fine-tuned balance between council and mayor (“The mayor already has enormous power, “Exchange of Opinions, Oct. 27). As if this charter had been carefully crafted for this purpose, and the proposed amendment represents a despicable takeover of power by wealthy interests. Anyone who has studied local government knows that our charter has a complicated history that makes it particularly flawed, allowing power to be concentrated in neighborhoods that function almost like medieval fiefdoms. And the idea that most others Minnesota cities are the real systems of “weak mayor” is intentionally misleading. Yes, the mayor in small towns in Minnesota is only a member of city council, ma This is because the executive function is assigned to an unelected manager or administrator. Minneapolis has neither professional management nor a true executive mayor; all he has is a Frankenstein-ian mess.

Really, this argument is the one we’ve had since the 18th century: Should government be so diffuse that it can’t really do much (the Jeffersonian position), or does it have to have a strong executive to make it happen? ensure that it is effective and balances the interests of all citizens (the Hamiltonian point of view)? The writers of the comment think they’re more “progressive” than you are, but they use “strong mayor” as an epithet for how Jeffersonians cast “monarchist” at Alexander Hamilton. It was dishonest then, and it is now. I hope Minneapolitans will see through the semantic smokescreen and embrace this sensible reform.

Police Chief Medaria Arradondo has earned a lot of respect in Minneapolis, but his recent campaign against the Public Safety Amendment, potentially in violation of the city’s ethics policies, has dramatically lowered my self-esteem. Section 15.110 (c) of the ethics Politics rightly prohibits any “local official, employee or candidate” from using “the facilities, property, funds, personnel, city logo, city seal or other city resources to engage in political activity â€. Yet on October 27, in front of the cameras, in his staff uniform during staff time in front of a Minneapolis Police Department logo, Chief Arradondo spoke out against the poll initiative (“Deputy Leader Bubbles , St. Paul’s Calls to Stop “, front page, October 28). Since the mayor is also opposed to the amendment, what are the chances that it will be sanctioned? In fact, what was Mayor Jacob Frey’s role in all of this? One of the issues the public safety amendment seeks to address is the lack of accountability.

I read with interest the article on the changes that are and will continue to take place over time in Ramsey County’s 911 response to service calls (“Ramsey Co. Reinvents the 911 System,” front page, October 24). It seems like without fanfare, police funding, charter changes, or internal struggles, the county is making big changes in how 911 calls are handled and the types of responses community members can. wait when they call for help.

It also appears that the county is doing it in a planned and phased manner; slowly, with training and input from experts and community members. The initial planning included the Community First Public Safety Commission made up of nearly 50 community leaders and residents. The plan (there is actually a plan!) Calls on social workers, mental health professionals and others to respond with law enforcement as well as firefighters.

The county is considering an implementation date of late 2022. The rollout will be over time and build on existing work. What an original idea! Where is the town of Saint-Paul in all of this, you will ask me? City Council President Amy Brendmoen said “the city will be a partner in getting things done, not a barrier”.

If the city council and the mayor of Minneapolis had really wanted to design and implement a functioning public safety service with the buy-in of those involved, including law enforcement, experts in mental health, addiction, non- shelter, etc., and the community, all they should have done is look around.

I miss my friend Denny Dempsey (“Cyclist Fatally Shot by Motorist Was Priest at Church in Burnsville,” October 27). We have traveled many miles together hitchhiking, cycling, canoeing in the boundary waters and in Canada, working in Catholic youth ministry and parish ministries. We have walked this long road of faith, darkness and light. Together we have tested our faith with theology and tempered our theology with faith. For Denny, living was always on the verge of discovery, walking into the unknown with confidence, with grace, with a ready smile. A person learns that traveling with Denny. It is the walk of faith. I can’t believe he’s gone.

We want to hear from you. Send us your thoughts here.