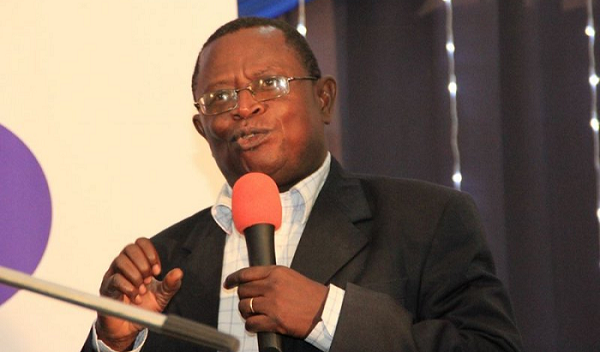 Principal researcher at the Institute for Democratic Governance (IDEG), Mr. Kwesi Jonah said reforms within the local government system are essential for the effective development of the country.

According to him, the system of local government was a system very close to the people, its main function being to provide them with services.

He told the Daily Graphic that despite the importance of the local government system which is the most important for the people, it is not working as it should on the African continent.

â€œAll surveys conducted by the Ghana Center and Democratic Development (CDD-Ghana) and the Civil Society Coalition (CSO) on Local Governance Reforms are designed to reform local government in a way that better serves the people. “said Mr. Jonah on the sidelines of the CDD-Ghana-USAID electoral support project in Accra last Thursday.

The event, which was attended by journalists, was titled â€œRegional Consultative Forums: Reviewing the Local Government Reform Agendaâ€.

This was part of a national consultation at regional level in the 16 regions with identifiable stakeholders on the ongoing discourse on local government reforms.

This is to help elicit additional information from different groups about their perspectives, interests and positions in order to derive possible proposals for policy review.

The views gathered will be documented and used for advocacy and also to prepare policy advice to government through the Ministry of Local Government, Decentralization and Rural Development (MLGDRD) to inform policy decisions on the issue. topic.

The regional consultations which began on November 22, 2021 and end on December 10, 2021 will involve traditional leaders, political parties, media and community organizations (CBOs), men and women in assemblies and the local bureaucracy.

In 2019, there were attempts to amend Articles 243 (1) and 55 (3) of the Constitution which confined to the election of heads of the executive of municipalities and metropolitan districts (MMDCE) and to make partisan elections at the local level.

A referendum was scheduled for December 17, 2019 by President Nana Addo Dankwa Akufo-Addo but was canceled due to major controversies surrounding the amendment.

In accordance with section 243 (1) of the 1992 Constitution, district directors general of each district must be appointed by the president with the prior approval of at least two-thirds of the members of the assembly present and voting. in the meeting.

Mr Jonah explained that the system of local government had been practiced in the country for about three decades since 1993, adding that even before the enactment of the 1992 Constitution, the system had started in 1987 and 1988 under the military government of the United States. Provisional National Defense Council (PNDC). .

â€œI think the time is quite long since we started the system. This is because we’ve been tapping into the system for a long time to start looking at how it performed and where it can perform best. This reform is therefore very important for our development, â€he stressed.

Regarding the election of Metropolitan, Municipal and District Directors General (MMDCE), he said it was essential to re-examine the issue because the majority of those interviewed in the survey conducted by CDD-Ghana believed that “because MMDCEs are not elected by the people they (MMDCEs) are not accountable to them. They think they were appointed by the President.

â€œAs long as they are loyal and dedicated to the president, whether or not they work well in the districts is not important. No one in the district can hold them to account and that’s why people are starting to talk about the fact that they want to elect their own CEOs so that they can be accountable to them, â€he said.

Before bringing the matter back, Mr Jonah said the time had come for all those who disagreed with the way MMDCEs were elected to sit down and discuss it with a view to finding a ground. agreement for its proper implementation.

â€œIf we don’t talk to each other, we cannot complete this vital reform that we all believe is necessary. The search for consensus is the goal of sitting down as there is still room for both parties – the New Patriotic Party (NPP) and the National Democratic Congress (NDC) to see how they can best bridge the gaps. differences between them â€.