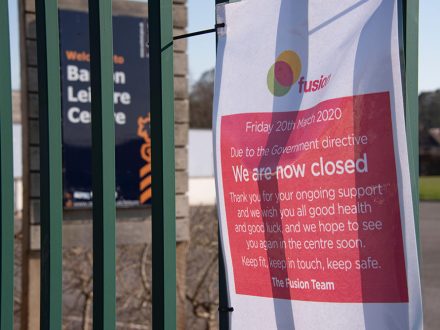 Regulatory officers face ‘backlogs, pressure on capacity’ and ‘significant skills gaps in the workforce’, with new waves of Covid and new Brexit demands to the horizon.

But given the increased demands of the pandemic, the profile of their role has “never been higher,” they were told.

Yvonne Rees, chief executive of Oxfordshire CC and Cherwell DC, told regulators at a conference yesterday hosted by the Chartered Institute of Environmental Health and the Chartered Trading Standards Institute that they have a “moment. in time “to” retain [the] popularity “that they have accumulated during the pandemic, and” to continue to demonstrate the value of your professions “.

â€œThe profile of your services has never been higher. But above all, the budgets of local authoritiesâ€¦ are declining. We have to cut our fabric accordingly, and I have to prioritize, “Ms Rees said, adding,” Make sure I don’t cut you. Make sure your CEOs and senior managers really recognize what you’ve done and what you need to do.

Ms Rees, along with Graham Farrant, managing director of Bournemouth, Christchurch and Poole Council, highlighted some of the challenges ahead that regulators will face.

Mr Farrant told delegates that “subsequent waves of Covid will require a re-prioritization.”

â€œWith the new variant, let’s go. We must be ready to deploy the same effort over the next few months, “he added.

Ms Rees, who described the health system on her own as currently “in turmoil”, said local government “must be there to support a health system …”.

â€œThis is going to be a challenge for the health system itself. We have to get into space to help them support them. “

Mr Farrant also highlighted the impact of Britain’s exit from the EU on regulators, telling delegates: ‘We don’t see all the Brexit demands yet and that will put pressure on them, so there there is still work to come. “

In the context of Covid, Ms Rees said she is now ‘back in the cycle of more central government compliance task forces as I suspect more regulatory requirements will be expected from us shortly. “.

“We’re going to have to work with and help the retail business adjust to what the new world looks like,” she added.

Highlighting other key policy areas that regulators are working on, Ms Rees said: â€œYou are critical to climate changeâ€¦ what can you do to help local authorities tackle this that will keep you relevant?

â€œI know my guys are scratching their heads with some of the Food Standards Agency’s recovery programs,â€ she added. “I just know I have teams that devour this.”

Mr Farrant revealed to the conference the lack of understanding within Whitehall at the start of the pandemic about the role of local regulators. During some of his early conversations with the government about the application of Covid regulations in businesses, “they were unaware that we were enforcing occupational health and safety in a lot of businesses,” he said.

â€œSo for the practical implementation of health and safety, they were talking to the health and safety manager. [HSE]. But in reality the number of locals, the links with companies are much more important from the point of view of the community than of the HSE. The more we can remind them of that, the better.

Mr Farrant told officials there were 13,000 premises where the council enforced the implementation in its area of â€‹â€‹authority and 3,000 where the Health and Safety Executive was involved. He said he had learned over the past year the “need to continue to give government examples of what we do.”

â€œBecause when they have concrete examples, they understand it. When talking about a policy change or overhaul, they often don’t think of local government in that context. “

Mr Farrant asserted that “the full extent of the arrears” in the regulatory services “was not known by central government departments or by people like the FSA or the Health and Safety Executive.”

â€œSo this intelligence gathering was really important,â€ he added.

Mr Farrant explained how the government became aware of the role of regulatory services during the pandemic, with a Cabinet Office agenda on the issue emerging where previously the ministry had not been involved.

He asserted that there is now “a real and better understanding and appreciation within government, as well as within local authorities, of the need to prioritize [regulatory] work and how we might approach it â€.

Mr Farrant expressed sympathy for businesses in the current climate, which face “a whole load of additional regulations to come” on top of “normal constraints”, as well as “specific professional regulations” and “a whole range of regulations. grants “that they can apply for.

â€œIt’s a lot more complicated for businesses right now. We need to understand this as regulators. But we also need to be clear about the standards we are going to adopt and how we are going to apply them. “

Ms. Rees also highlighted the regulatory challenges currently facing local recreation services. She said that in a context of national lobbying, she “was speaking very seriously to [the Department for Digital, Culture, Media & Sport] and [the Department for Levelling Up, Housing and Communities] in terms of the future of our leisure industryâ€¦ because for me, not only does it stimulate the economy, but it also stimulates and supports our mental health â€.