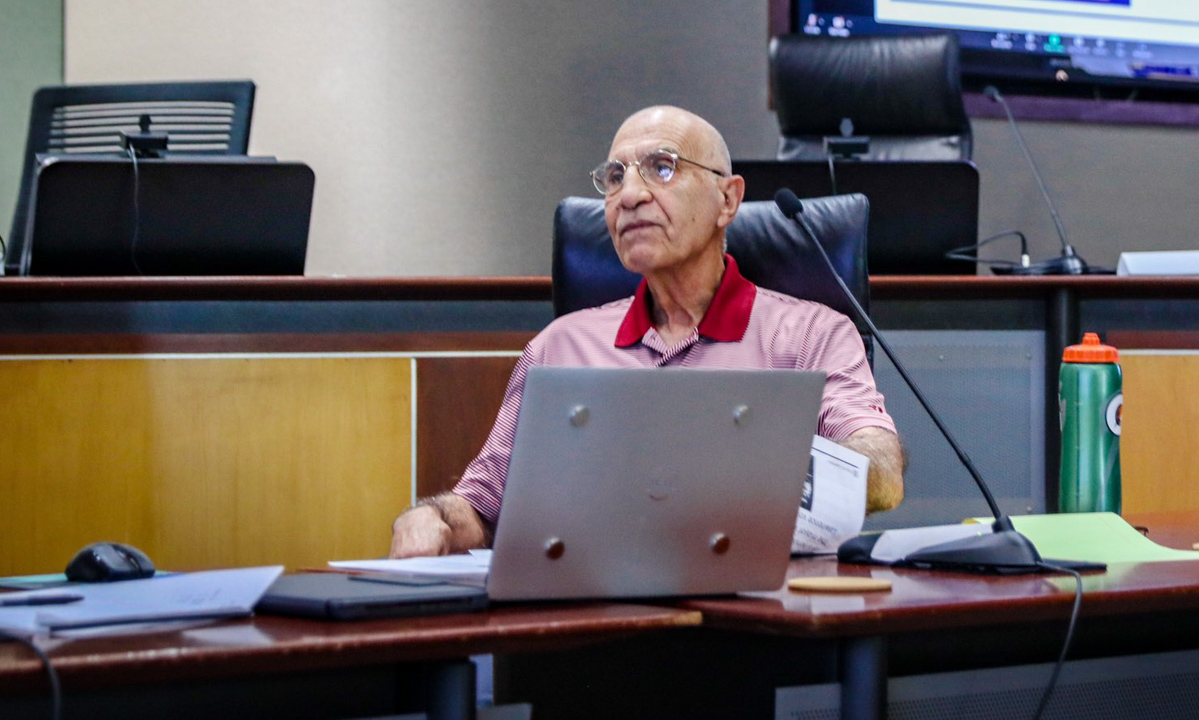 The second meeting seeking public comment on this issue was rescheduled for 6:00 p.m. on Tuesday, May 31 due to a power outage at City Hall.

The meeting will still be held via Zoom and in the City Commission Room at City Hall, 6 E. Sixth St. Register for the Zoom meeting at this link. Those who have already registered to attend via Zoom do not need to re-register.

The title of this article has also been updated to reflect the change in date of the meeting.

Municipal leaders need public input to decide whether to ask voters whether local government should be restructured.

Among the recommendations of a municipal task force – which completed its research and report on the structure of municipal government almost a year ago – is a directly elected mayor who would serve a four-year and six-year term. municipal commissioners divided by districts.

Members of the Lawrence City Commission will have to decide if they want to ask this question on voters’ ballots in the November election. City staff members are trying to gather feedback to let the commission know if the public wants this vote to take place.

The only participants present via Zoom for Monday’s meeting were Dustin Stumblingbear, who had been a member of the task force, and this reporter. There were no attendees at Town Hall in person to ask questions or share their thoughts.

The next meeting is scheduled for 6-7 p.m. on Tuesday, May 24. It will be held via Zoom and in the City Commission Room at City Hall, 6 E. Sixth St. Register for the Zoom meeting at this link.

A Lawrence Listens survey had received 113 responses as of Monday, according to the city’s website. The deadline for providing feedback via the survey is 11:59 p.m. on June 6. The city also welcomes comments by email to [email protected]

Currently, the positions of mayor and vice-mayor are awarded each year to the commissioners who receive the most votes in the elections. The task force agreed that a four-year term for the mayor would provide greater focus and continuity.

The report also notes that “campaigns for mayor may well improve the discourse on the future of the city and increase residents’ interest in city government unlike our current election of commissioners, none of whom directly campaign for the mayor”.

Currently, five city commissioners are elected at large – that is, by voters across the city – rather than by voters divided into districts.

The task force recommends that only the mayor be elected at large and that six commissioners be elected for four-year terms by districts, staggered so that three are elected every two years.

According to the task force report, if it were divided into six districts of about 16,000 people, with 11,000 voters each, the cost and barrier of running for office would be lower than campaigning for office. city ​​scale. This could encourage a wider range of candidates to apply, and it could also increase engagement within districts, according to the report.

A few Lawrence residents shared their thoughts on the task force’s recommendations through a column and a letter to The Times:

“I believe districts are a bad idea for these 4 reasons: accountability; focus on the problem; the participation rate; candidate participation,” writes Matthew Herbert.

“Single-member districts are ultimately a better bet for representative government, much like the way we elect county commissioners,” Rick Cagan of Lawrence wrote in this letter to The Times.

More information is available at this link. Here is the full report of the task force:

If our journalism matters to you, help us continue to do this work.

Mackenzie Clark (her), journalist/founder of the Lawrence Times, can be reached at mclark (at) lawrencekstimes (dot) com or 785-422-6363. Read more about his work for The Times here. Check out his staff biography here.

Jupiter, Luna, Nova, and Orion are the first recruits to the Mass Street Kitten Academy of 2022. This morning they got to be the first to try out the academy’s stellar new showcase, housed at Love Garden Sounds.

Hayden Houts, a 17-year-old from Lawrence who dabbled in multimedia this week and is considering a career in broadcast journalism, said being able to vote and make a difference would be a “tremendous achievement in (his) life”.

One person was seriously injured in a crash near North 851 and East 251 Diagonal, southwest of Clinton Lake, Friday night. Three others were also taken to an area hospital.