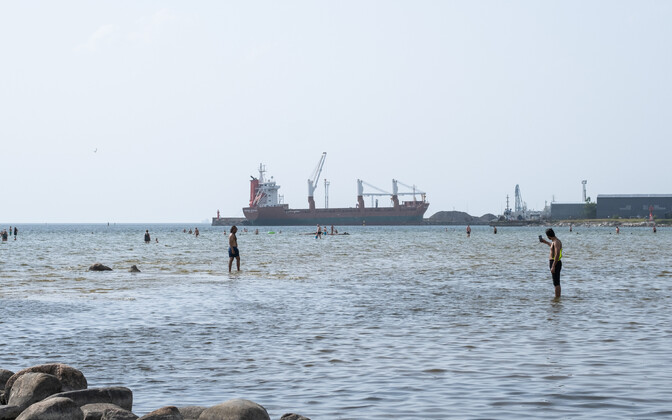 Spokespersons for the environment ministry and the capital’s main water supplier, however, called the proposals unrealistic.

Deputy Mayor of Tallinn Vladimir Svet (Center) demanded in a letter sent to the Ministry of Environment that the relevant legislation, the Water Law, be amended. Levels of intestinal enterococci and colibacter micro-organisms in wastewater, which is subsequently discharged into the sea or other large bodies of water, would be measured in that wastewater, according to the proposal.

Currently, these bacterial levels are only measured in water in bathing areas.

The city hopes that with the change, the problem of poor bathing water quality will be solved; according to city authorities, the level of bacteria in bathing sites in Tallinn consistently remains above what is considered normal, suggesting that it may have originated from sewage and other diverted water flows towards the sea, lakes or rivers.

“We check beaches for bacteria, but in places where there are – I emphasize that this is in theory – water purifiers, the only checks are for chemicals,” Svet said.

“We actually have situations where, while there is a beach which is supposed to be clean, in that there are no drain pipes in the immediate vicinity or any industry from which waste could happen, it always happens one way or another,” he continued. .

“Even though the requirement is that pollution sources cannot be located within 200m of the shore of a public bathing area, taking into account the nature of the sea, wind direction, etc. These [pollutant] substances can travel much farther, from what we’ve seen,” he continued.

“In order to get the full picture, it is necessary for the water law to be amended so that those with a special water use permit are required to check that there are no bacteria in the water. ‘no kind from the pipes,’ the statement read.

The adviser of the water department of the Ministry of the Environment, Raili Kärmas, however, believes that it is not reasonable to start changing the legislation immediately, but that the possible sources of pollution must first be clarified.

He said: “If we are already imposing a requirement on the user of water, we are already assuming that this user is likely to pollute somewhere, in the course of his activities, but in this case there is no no insight into the type of water [outflows] can cause this effect. First of all, it must be determined whether there may be illegal connections where people have, for example, illegally connected their waste water to the storm water pipe. »

Priit Kappak, environment and quality manager at Tallinn Vesi, which provides most of the capital’s water services, told ERR that while a maximum cap was set for bacteria in wastewater (c ie sewage) or surface runoff from rain etc., it would however not be possible to bring them to the same level as those required for bathing water.

“If we’re doing some sort of monitoring and setting limits, then there should also be a study of what the normal bottom might be. If it’s the city’s goal that people can actually swim in that type of water, then , unfortunately, this is not possible in an urban society,” Kappak continued.

Christchurch – Is it time to overhaul local government?