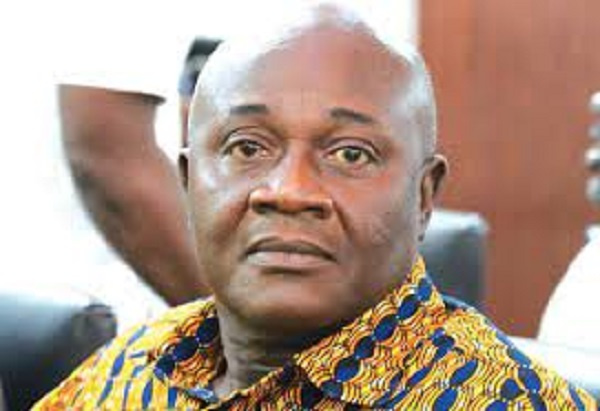 The Crime Check Foundation (CCF) has secured support from the Ministry of Local Government, Decentralization and Rural Development for the implementation of the Decriminalizing Vagrancy Laws and Advocacy (DVLA) project.

According to CCF project manager Cosmos Akorli, the implementation of the project is a proactive strategy to increase knowledge of local regulations enabling vagrants to exercise their rights.

He said this during a courtesy visit the Foundation paid to the ministry to brief him on the DVLA project.

The project is a program funded by Open Society Initiative for West Africa, which is implemented in twelve (12) Metropolitan, Municipal and District Assemblies (MMDAs) in three regions.

The regions are Greater Accra, Ashanti and Central regions.

The project is about creating an enabling environment for vagrants to know, claim and exercise their rights in order to end the criminalization of vagrancy in Ghana.

Speaking to the ministry’s chief director, Isaac Biney, who represented the minister, Mr Akorli said the collaboration between the two organizations would help find ways to improve the living conditions and livelihoods of residents, especially the wanderers in the respective MMDAs.

“This is to draw your attention to the challenges of the homeless and the poor that they told us about in our interactions with them. This is to enable them to earn a decent living,” he explained.

CCF Executive Director Ibrahim Oppong Kwarteng reiterated his call for the draconian bylaws to be amended.

He hoped, however, for the passage of the Non-Custodial Sentences Bill, so that vagrants would be sentenced to community sentences instead of imprisonment for the petty offenses they commit.

“We hope that by the end of the year the Non-Custodial Sentences Bill will be passed so that instead of imprisonment vagrants will be forced to clear the gutters. Jailing them will rather harden them because they will be held with notorious criminals,” he said.

While applauding the CCF and OSIWA for the initiative, Mr. Biney acknowledged the low level of education on the bye-laws and pledged the ministry’s support in carrying out sensitizations on the laws.

“We share your sentiments on the need to collaborate in carrying out education on the statutes. We know that many citizens ignore the law and we also know that some of them know the laws but break them intentionally,” he stressed.

CCF is a crime prevention and human rights organization in Ghana. The Decriminalizing Vagrancy Laws and Advocacy project is funded by the Open Society Initiative for West Africa (OSIWA). The project aims to create an enabling environment for vagrants (the homeless and other poor and voiceless people) to know, claim and exercise their rights to end the criminalization of vagrancy or homelessness in Ghana.

Established in 2000, the Open Society Initiative for West Africa (OSIWA) is a grantmaking and advocacy organization focused on equality, justice, democratic governance, human rights and knowledge generation . It is part of the global network of Open Society Foundations in 37 countries around the world.

Patronage politics – not the city government we need | Editorials