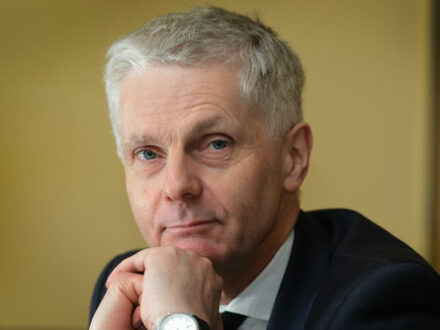 Urban areas, reeling from the loss of Northern Powerhouse Rail and the eastern branch of HS2, lack delegated authority over public transport investments, writes the director of LSE London.

Northern Powerhouse Rail (NPR) is a totemic policy that the current government will be judged both in the next election and in 20 years. The recent announcement that HS2 will lose most of its eastern part has been resented by leaders in the north, especially in Leeds and West Yorkshire. The loss was compounded by the decision to manage delivery of Whitehall’s NPR projects. Northern politicians will be consulted, but ministers will decide.

HS2 from London to Birmingham is already under construction. At Euston and Curzon Street, major construction is underway. However, the growing and seemingly hard-to-control costs of the new line mean that the Treasury has put an end to the bigger ambitions of its promoters.

Upgrades and improvements will replace the new high-speed lines. The East Coast Main Line, Midland Main Line and Trans-Pennine Highway will be upgraded, while HS2 will run from Birmingham to Manchester. But, taken together, the number of modernization proposals (as opposed to new lines) surely means that it is time to buy shares in the rail replacement bus service companies.

The HS2 as it is now offered will significantly free up the ability to commute on the existing West Coast Mainline between London and possibly Manchester. It is not clear whether places such as Stafford, Rugby, Milton Keynes, Coventry and Birmingham International, currently well served by fast trains to major cities, will be better or worse off following the opening of HS2 .

However, the new line will allow more commuter trains to run through Euston, New Street and Piccadilly stations. Leeds received a consolation prize in the form of an underground system. Oddly enough for a government announcement which primarily concerned transport in the North and Midlands, additional capacity on lines to Euston will be complemented by upgrades to lines to St Pancras and King’s Cross.

All of this rail spending and planning is taking place at a time when the future of post-Covid transport, particularly commuting, has a huge question mark hanging over it. The London Crossrail will finally open next spring, increasing capacity in a city where rail ridership has stabilized (before the omicron variant) to around two-thirds of pre-pandemic levels. Unless London’s transport system makes a full recovery, the future will be bleak for the National Railway as well.

The problem for leaders in the North as they look to the future is that many of the newly proposed non-HS2 projects appear vulnerable to cuts from this or future chancellors, especially if HS2 is still over budget. It is clear that the Treasury has lost confidence in the ability of departments to deliver long-term megaprojects (think aircraft carriers and tanks as well as railways).

More positively, there will be substantial additional resources for buses, subways and ticketing systems in the future. Intra-urban transport in UK urban areas outside London is much less developed than in competing cities in Europe and North America. Comprehensive local rail, tram and bus systems for the metropolitan areas of the North and Midlands are an achievable goal if the relatively modest resources required are maintained. London should also not be denied new capacity if demand or development demands it: a race to the bottom would not be a good idea.

The government deserves credit for the sharp increases in spending on urban transport systems, although it also needs to make rational medium-term decisions about sustaining the London bus and underground system until tariff revenues are fully recovering. HS2 has been partially diverted to the sidings, although it is possible that a future government will try to restart it.

One thing that is still lacking, however, is the power of urban regions to take control of public transport investments. Without it, Whitehall will remain the de facto government of the city of Manchester, Leeds and Birmingham.