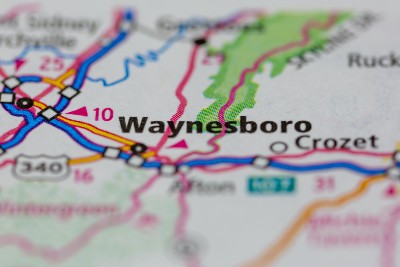 Subscribe to AFP podcasts on Apple Podcasts, Spotify and Pandora

According to data provided by the city to Augusta Free Press.

The 3% wage increase approved by the Waynesboro City Council this week will push three of them past the living wage threshold on July 1.

Of the full-time municipal positions costing less than $15 an hour, 24 of them are in Public Works.

Last week, the Public Works Department cited staffing shortages in an announcement that it was suspending bulk collection services.

According to an article on the city’s website, shortages within the Waste Division are forcing Public Works to focus on regular garbage pickups.

Eight of the 15 Garbage Division positions pay less than $15 an hour.

You may also remember the winter months, when the city was having trouble clearing the streets of snow and ice, and cited staffing levels as the main reason.

We have also heard from many local residents about vacancies within the police department. There are currently 17, with 13 full-time and one part-time vacant.

According to a document made available to Augusta Free Pressthe starting salary for a new officer in Waynesboro ranges from $44,000 to $47,410 for a certified officer, so we’re fine there.

There are five jobs with the PD that pay less than $15 an hour — including four school crossing guard jobs and one parking lot watcher, all part-time.

Other notable positions paying less than $15 an hour include nine at the library, nine at the child care center, eight at the Shenandoah Valley Animal Services Center and the teen pregnancy prevention coordinator.

The problem we have is beyond what we pay our police officers. Basic services like garbage collection, safe roads after winter storms, safe routes to school for our children, childcare, are provided by people who do not earn a living.

We often hear that the reason we can’t do more as a city is because of the fixed-income segment of our local population who can’t afford to pay more taxes.

We may have to find a way to help these people while forcing those who can afford to do more to pay more of their fair share.