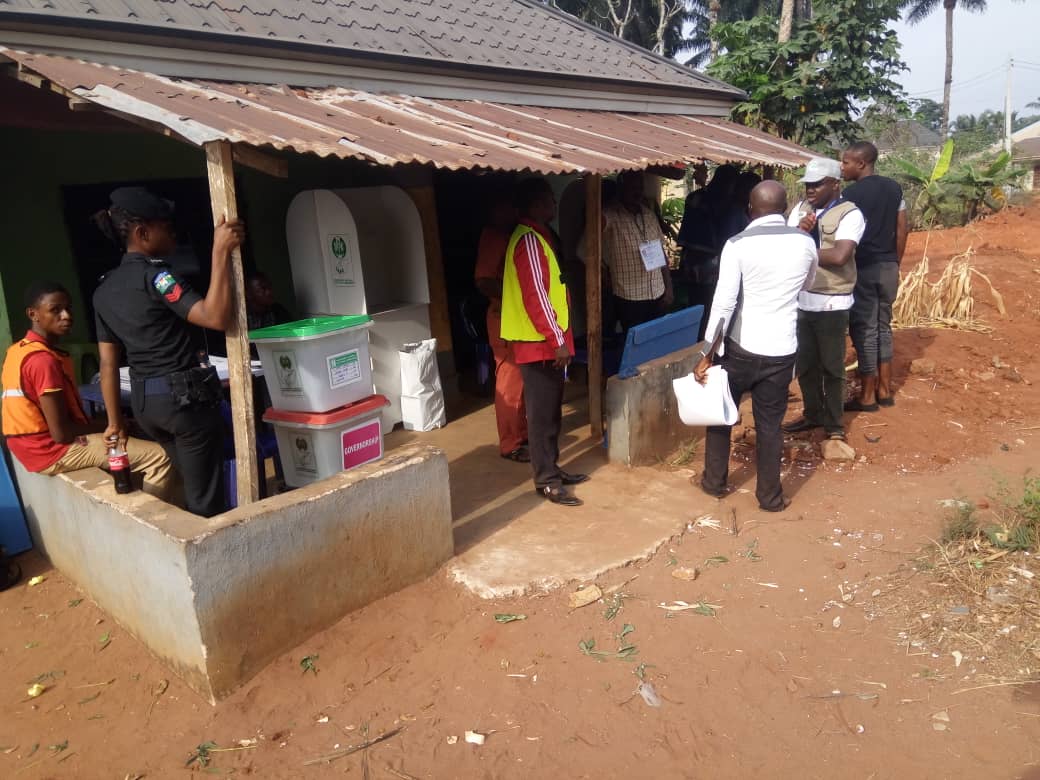 People trickled out to vote as election materials and officers from the Ebonyi State Independent Electoral Commission (EBSIEC) arrived late at many polling stations.

Some of the voters who spoke to VON attributed the apathy to the fact that opposition parties did not field candidates.

Regarding voter turnout, Osuji expressed hope that voters would come to vote and noted that the processes had gone smoothly.

A resident, Joy Nwabueze attributed the low turnout to non-presentation of candidates by opposition parties.

Nwabueze, who is a farmer, said people were unhappy with the inability of other political parties to field candidates.

“You see, it is only the All Progressives Congress (APC) candidates running for office and no other parties.”

Another resident and politician, Mr Joseph Nwite alleged that EBSIEC failed to give political parties a level playing field to contest the elections.

According to Nwite, only the ruling party in the state participates in the elections. No other party fielded candidates.

Mr Righteous Onuoha, who is running for councillor, attributed the low turnout to early morning rain in the state.

Onuoha said he was satisfied with the conduct of the elections and hoped to come out of it successfully.

Another voter, Mr. Mike Mwachukwu, said he came to vote to fulfill his civic responsibility.

Meanwhile, State Governor Engr David Umahi speaking to reporters after casting his vote at his polling station, Umunaga Umuchima expressed his satisfaction with the ongoing election.

“I can say that I am quite satisfied with the report that I get from the polling stations.

“It’s very peaceful, the turnout is quite impressive and people vote very freely for the candidates of their preference.

“Each election is a selection; an opportunity for the people to choose whoever they want and that is the definition of election.said Umahi.