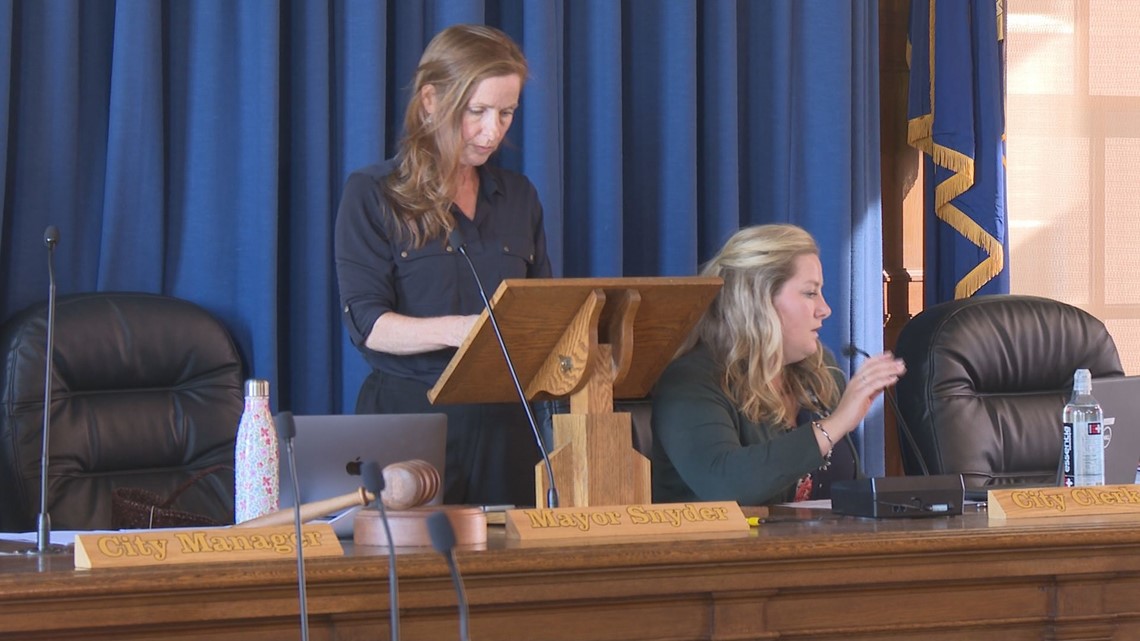 Voters will determine in November whether city government will restructure

The eight voting questions developed by the Portland Charter Commission will be on the ballot on Nov. 8.

PORTLAND, Maine — Voters in Portland can officially expect a long list of questions about the November ballot that could restructure the city’s government.

A total of eight questions will be on the November 8 ballot, centering on everything from clean elections to a citizen police review board.

All of the questions come after months of work by the Portland Charter Commission that ended in July.

The most important and controversial issue proposes a significant transfer of power from the city manager to the mayor. It gives more responsibilities to the mayor, including coordinating the city budget and hiring city staff.

The proposal faced a strong backlash from current mayor Kate Snyder and the city’s former mayors.

Allen was one of the few people at Thursday’s meetings to voice their concerns one last time.

Michael Kebede, who chaired the commission, said the proposed changes received overwhelming support from all of its members.

“Democracy is in decline. It is in decline globally, according to Freedom House, an organization that makes a point of collecting statistics on this,” he said.
“It’s backsliding nationally, as evidenced by an anti-majoritarian Supreme Court in the United States that goes against the will of the majority of the people of this country. It’s against this backdrop that we have proposed eight reforms that we believe will strengthen democracy in Portland.”

With Election Day just under ten weeks away, ballots are not available until October. Voters can request mail-in ballots on the Secretary of State’s website.

The central government has decided to name the Rajpath as a path of service, now a meeting of the NDMC will be held on Wednesday regarding the proposal of this name, the officials of the body gave this information on Tuesday.