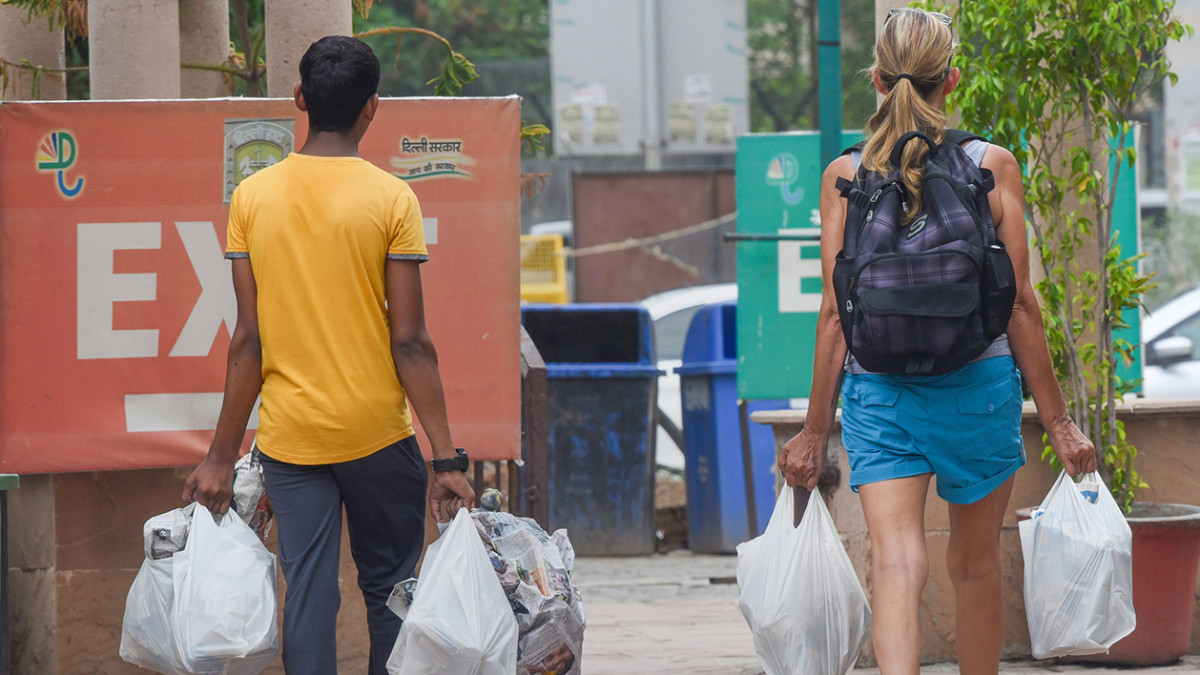 We will continue to do what is prescribed by central government standards: MCD on SUP ban

The Delhi Municipal Corporation will “continue to do” as required by central government standards on banning single-use plastic (SUP), even though the city government has said it will grant a grace period of 10 days to units found in violation of the prohibition before initiating punitive actions.

City authorities had on Friday seized nearly 700kg of plastic items and issued more than 350 challans in its jurisdiction due to the nationwide SUP ban.

“These items have largely been seized from traders in the markets who keep a stock of plastic bags. Once the ban is in place, the markets will switch to paper or cloth bags, as expected,” said a senior official on Saturday.

“It was only the first day of the ban. We are raising awareness on our side, as other necessary measures will also be taken accordingly in the coming days,” he said.

However, Environment Minister Gopal Rai said on Friday that the Delhi government will issue warnings to units found in violation of the 19-item SUP ban until July 10 and punitive action will be taken against them thereafter. repeat offenders.

Another senior MCD official, when asked if the MCD would continue to take action against such violators, said, “We will continue to do so in accordance with the Central Pollution Control Board (CPCB) and the standards of the central government on banning single-use plastic”.

“The MCD is in any case carrying out ICE (information, communication and education) activities to raise awareness and action will be taken in accordance with the standards,” he said.

The MCD seized 689.01kg of plastic items and issued 368 challans in its jurisdiction in preparation for the single-use plastic ban, it said in a statement on Friday.

“A total of 125 control teams have been formed at the zonal level to eliminate the storage, sale and use of prohibited items,” he said.

Announcing the 10-day grace period, Rai said on Friday that the MCD and other urban local bodies would take action against defaulting units in accordance with their statutes while the revenue department would take action under the Protection of the environment.

The action will include a fine of up to Rs 1 lakh or a prison term of up to five years or both under the Environmental Protection Act 1986, he said . However, the government will give top priority to raising awareness against the use of SUP items and providing people with their alternatives, he said.

Union Environment Minister Bhupender Yadav, however, said on Tuesday that the government had given industry and the public enough time to prepare for the ban and hoped for everyone’s cooperation.

Violation of the prohibition will result in punitive measures, including fine or imprisonment or both, detailed under Article 15 of the Environmental Protection Law and under Municipal Corporation Regulations respectively, officials from the Union’s environment ministry said earlier.

“Many people believe that setting up enforcement teams, imposing fines and closing down (failing) units will make the ban a success. Our government thinks differently… Our goal is to raise awareness and provide alternatives to people before enforcing the ban,” Rai said. said.

Delhi generates 1,060 tonnes of plastic waste per day. Single-use plastic is estimated at 5.6% (or 56 kg per metric ton) of total solid waste in the capital.