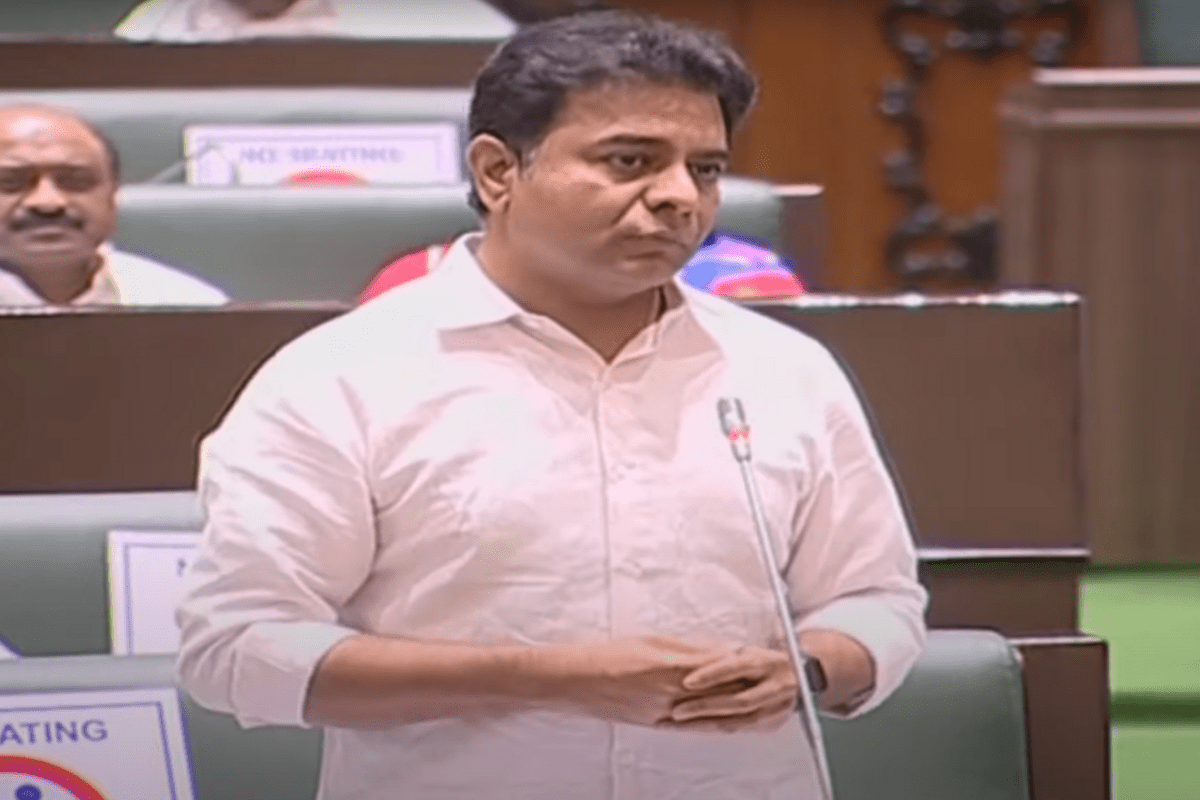 We work despite lack of central government support: KTR

Hyderabad: IT and Industry Minister KT Rama Rao (KTR) says the agenda of the ruling TRS government is to create jobs for young people in the state ‘despite zero support’ from the central government . He also added that the opposition in Telangana is hampering the good work being done by his party.

Addressing the Telangana legislature on Thursday, the minister said that despite constant requests for financial assistance from the centre, there was no sign of money.

He further said that the Center has advertised the NIMS Pharmaceutical City as a hub for pharmaceutical growth. “But in the last 5 years we have only seen 5 crores from the center. It is shameful. Do they mean by ‘sabka saath sabka vikaas’?” asked the minister.

He also drew a parallel between China and India, saying that in 1987 China and India had the same GDP. “Today, after 30 years, India’s GDP is $2.4 trillion while China’s GDP is $16 trillion. This is a growth of 578%. Where did this change happen? Indeed, China has been heavily focused on becoming the factory of the whole world. They were thinking on a different scale,” KTR claimed.

Responding to a question from Congress MP from Mulugu Constituency Dansari Anasuya, popularly known as Seethakka, on the announced reforms for women, Dalits and tribal people, KTR said: “The T-Pride project had allocated 1,104 crores for 24,227 Dalits and 1,124 crores for 24,604 tribals. A 10% quota in industrial parks is reserved for women.

Responding to demands from opposition lawmakers to also have 95% reservation in private sector jobs (Chief Minister KCR announced over 80,000 new job notifications a day earlier), KTR said that when multinationals are looking to start a business, they don’t consider whether they should build in Telangana, Gujarat or Maharashtra.

“They wonder about building in India, Malaysia or Vietnam. If we ask for 80% or 90% booking for local workers, they can easily consider changing location. To avoid this, we have developed positive policies. Thanks to TS IPASS, we will give companies the right to set up their base here,” said the Minister of IT and Industry.